Timothy G. Galarnyk, CEO of Construction Risk Management, presented this list of U.S. bridge failures in June 2012 at the International Bridge Conference. (Galarnyk compiled this from media reports, but when checking with the U.S. Department of Transportation Federal Highway Administration, he was told FHWA does not maintain a listing of collapsed or failed bridges.)

For a state-by-state list of how the bridges in your state are doing and an analysis of the data, 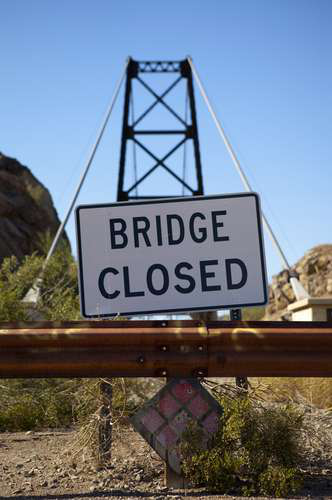 check out the Better Roads Annual Bridge Inventory (click on the link for a downloadable PDF). Look for our new report in the November 2012 print edition or website (www.betterroads.com) of Better Roads, or check out the full report plus additional charts and details in our digital edition (www.BetterRoads.com/digital).

Timothy G. Galarnyk, CEO of Construction Risk Management, developed the list of the bridges named above.