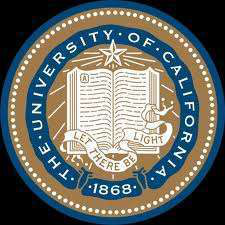 After a 35 year career as a reseacher and PhD in physics,  professor James Enstrom was fired from the University of California Los Angeles for daring to question the policies of one of the most scientifically fraudlent state agencies in the country.

Enstrom blew the whistle on the California Air Resources Board PM2.5 rules with a report that found: “No relationship between PM2.5 (particulate matter) and total motality in California.” In other words, diesel emissions weren’t killing anybody.

Of course this contradicted the political agenda of CARB and a gaggle of university profs who hold the same political views, all of whom seem hell bent on driving the construction and trucking industries out of the bankrupt state,  Incredibly CARB’s lead researcher, Hien Tran, was found to have faked his PhD and had no experience in air pollution research yet after a minor wrist-slapping was put back to work cooking up politically correct pablum for the all-important green agenda.

Enstrom isn’t taking all this lying down, however. The American Center for Law and Justice took up his case and has filed a complaint against the university.  David French, senior counsel for the ACLJ commented: “UCLA terminated a professor after 35 years of service simply because he exposed the truth about an activist scientific agenda that was not only based in fraud but violated California law for the sake of imposing expensive new environmental regulations on California businesses.”

In the April 2011 issue Equipment World magazine documented just how devastating those regulations were to the construction industry.  After CARB got caught red handed overestimating diesel exhaust emissions four-fold, it quickly delayed a set of onerous regulations that were about to take effect. But the delay was temporary and the whole rotten plan starts anew in 2014 unless the agency can be reined in again.