House Republicans have plans to unveil on Wednesday their version of a water infrastructure bill, according to a report from The Hill.

The Senate is also working on a version of the water resources bill. The Senate plan would allow the U.S. Army Corps of Engineers to select projects for investment from the water bill. Shuster argued in a March speech that the Senate bill would give too much authority to the Obama administration.

The WRRDA would authorize expenditures on waterways, leaving funding approval to the congressional appropriations committees. 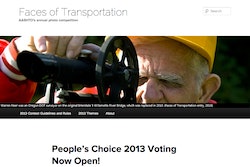