Who Cares About Safety?

If safety is such an important jobsite concern, why aren’t fatal accident numbers dropping for road contractors?

According to a survey from the U.S. Department of Labor (DOL) and the Census of Fatal Occupational Injuries, the number of deadly jobsite accidents increased from 110 in 2003 to 119 in 2011. There were some deadlier years (2005 and 2006), but for the most part, the number has continued to increase.

And in case you were wondering, Texas had the most accidents in 2011, and there were some states – like Colorado, Maryland and Wisconsin – that had none that year.

There’s no lack of regulations, and manufacturers have added safety features to their equipment, so what is the reason behind the lackluster accident numbers?

Maybe one of the biggest causes might seem a bit ironic. After you become more comfortable and experienced on the site, you actually start to forget how dangerous the area can become.

“Employees who have worked around high-speed traffic for many years almost get immune to it,” says says Dennis “Chip” Sterndahl, president of Sterndahl Enterprises and former president of the American Traffic Safety Services Association (ATSSA). “This can create a dangerous situation if they become so used to it that they don’t practice caution.”

Other common missteps can occur when working around the equipment and losing communication with the operator, which I expand on in this Applications & Innovations article.

But here’s the bottom line: It’s 2013. We can operate equipment with remote controls and ask our iPhones questions. Isn’t it about time we use all of the tools, technologies and experience we have to not only lower, but eliminate, jobsite deaths?

What are you doing to make this challenge a reality? 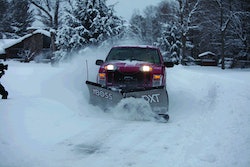 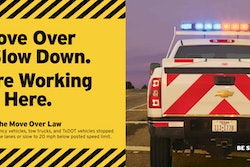 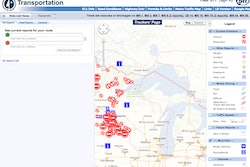