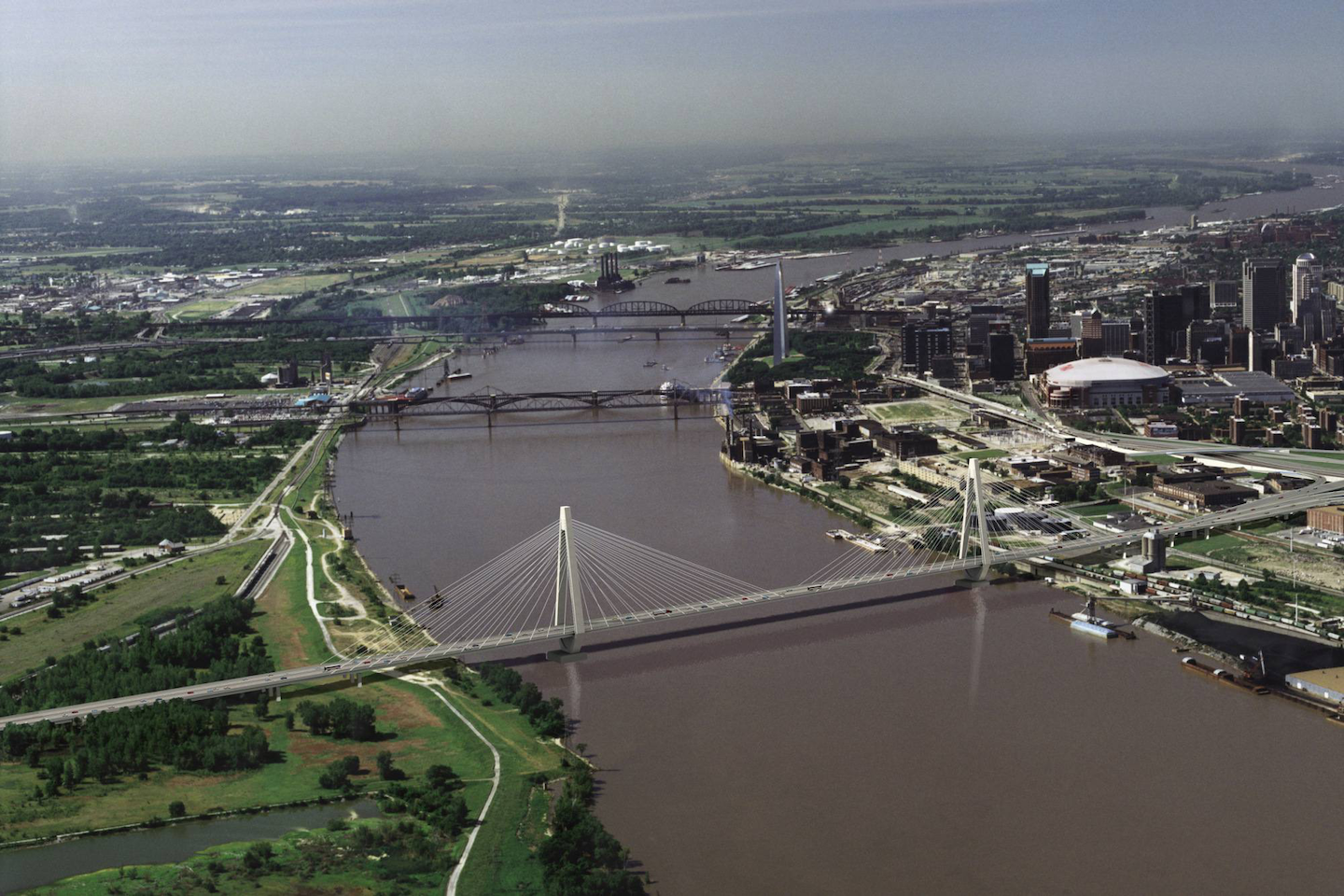 The Missouri Department of Transportation (MoDOT) announced Tuesday that the final piece of the Stan Musial Veterans Memorial Bridge will be installed this week, according to KMOV.

MoDOT said crews will install the bridge’s steel girders on Thursday. They will add the final piece of steel–a 30,000-pound floor beam–to the bridge on Friday.

The bridge, located over the Mississippi River between Missouri and Illinois, was a bit controversial earlier this year when Illinois and Missouri disputed the name. Missouri wanted to name the bridge after baseball great Stan Musial, while Illinois wanted to dub it “Veteran’s Memorial Bridge.” In the end, the bridge’s name was split, with the Missouri half taking the name “Stan Musial” and the Illinois half taking “Veterans Memorial.”

The Stan Musial Veterans Memorial Bridge will connect Interstate 70 from the I-55/I-64/I-70 interchange in Illinois to I-70 near Cass Avenue in Missouri. The bridge will have two lanes of traffic traveling in either direction, with the ability to expand by one lane each way.