Anderson Cooper upsets people. I like that. It’s a big part of what he’s supposed to do.

This time it’s the high speed rail folk (and it’s not their first time because Cooper has been here before). Their complaint is that Cooper and some of his CNN colleagues are on a mission to undermine high speed rail development.

Basically Cooper and CNN call a slow train a slow train. Actually in this instance it’s a relatively quick train in Washington State but it’s not “high speed.” Cooper is basically questioning whether shaving ten minutes off a 3 hour 40 minute trip between Seattle and Portland is good value when it was achieved with $800 million in taxpayer dollars. That’s an example of what good reporters do.

But, to be fair, there is a murky area in the middle. It’s not just about ten minutes, and the high speed rail advocates point that out. The train offers a reasonably reliable service, gives travelers a non-driving option that would reduce highway and maybe even air traffic and lets riders text and do other distracting work or play while they roll. If you are going to have a high speed rail network you have to start somewhere.

But, to be equally fair, Cooper, et al., at CNN are dealing with real budget numbers and real travel times and point out that as long as the words “high speed rail” are used to promote federal investment then “high speed,” as in Japanese or European bullet trains approaching 200 mph, should be what is being referred to so that we are all on the same page.

Cooper’s criticism is not so much on the new Seattle-to-Portland rail service – it isn’t a bad service, in fact it’s a service with lot of plusses – but on what he says is something of a sleight-of-hand in Washington where the administration is touting taxpayer investment in “high speed rail,” fully aware that the bulk of the public thinks this means bullet trains not just regular trains going a little faster.

And regular trains going a little faster is in fact what we are getting now and in the immediate future from D.C., according to Cooper.

If you watch the report you will probably assume that in addition to the lobbyists for high speed rail that Cooper has upset, he’s probably not too popular with Ray LaHood right now either. The Secretary for Transportation is very passionate about high speed rail. I’ve talked to him about it, and it’s a real driving force for him.

But, as the report that drew the latest complaint points out, there are times when it is still faster and cheaper to go between Seattle and Portland by Greyhound than aboard the new train. 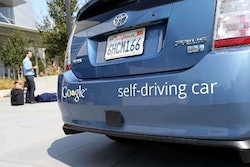 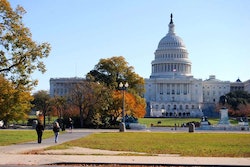