DOL and the aggregates industry talk roads, jobs, and safety

Collaboration with the aggregates industry regarding challenges facing it and the nation was the focus of an Oct. 20 roundtable convened by Secretary of Labor Tom Perez, with input from Assistant Secretary of Labor Joe Main. The roundtable included members of the National Stone, Sand & Gravel Association (NSSGA), eight state association executives, and eight operators representing both large and small companies from coast to coast.

“We were really able to give him a great perspective from around the country; our feelings about what’s important to the aggregates industry, why a highway bill and a stable funding solution is so important, and, why we’re frankly glad to see some of the things Joe Main has been able to do at MSHA to promote more consistency, more communication, and more collaboration,” says Mike Johnson, NSSGA president and CEO.

Although the highway funding falls under the purview of the Secretary of Transportation rather than the Secretary of Labor, it was quickly addressed by the roundtable as discussion turned to the Grow America Act and the need for a long-term transportation bill based on a stable funding mechanism.

Several of the roundtable participants say Secretary Perez seems well aware of the correlation between infrastructure investment and job growth.

“I was a bit surprised, but pleased, to hear Secretary Perez’ enthusiasm for a fully-funded, long-term federal transportation program,” says Steve Rudloff, executive manager of the Missouri Limestone Producers Association Inc. “The labor connection is obvious, but to be such a strong advocate for something outside his department’s area of responsibility was unexpected.”

“I think that this meeting gave good perspective about the need for long-term, stable funding first,” adds Robert Jones, executive director of the Indiana Minerals Aggregates Association. “If that is in place, then jobs will come.”

Although the roundtable discussion did not include an in-depth discussion of funding solutions, the group did underscore that a user fee is an important part of the solution.  “Obviously, we need to look at anything that is on the table, but in the immediate future, we need to go with what works, and we know the gas tax works,” Johnson says.

The timing may be right to push for an increase in user fees. As gas prices continue to fall, the 12-cent increase proposed by Sen. Chris Murphy (D-Conn.) and Sen. Bob Corker (R-Tenn.) could be palatable to drivers who are tired of potholes and congestion. “It’s crucially important that we get a solution in place this year,” Johnson says. “We shouldn’t let the lame duck (session) go by and have Congress take action on any matters without taking a look at how we pay for a new highway bill.”

As the nation’s chief jobs officer, Secretary Perez was interested in ensuring the aggregates industry is ready and able to ramp up its workforce to fill newly created positions when a highway bill is passed.

“His main focus appeared to be hearing the group’s comments on issues around jobs and the effectiveness of the federal government’s labor programs in our markets,” says Jerry Geraghty, president and CEO of Rogers Group Inc. “The group told him there was a shortage of people wanting to join our industry and, specifically, the truck driver shortage was starting to become a major problem in many of our markets. This shortage was followed by the need for people who want to join our industry and become equipment operators.

“With respect to the federal programs, less than one-third of the group indicated they were aware of them and even fewer indicated they thought they were a benefit to their company in dealing with the skills shortage on critical jobs,” Geraghty adds. “The Secretary indicated that this did not surprise him and that one of his main goals was to inform companies of this resource and to find ways to make it more relevant so it addresses the needs.”

“As a small producer, it was good to be able to experience that type of meeting and hear the different options available for all of us to find the skilled labor we need for our industry,” notes Rod Martin, vice president, Martin Stone Quarries, Inc.

NSSGA will take a leadership position on the issue at its annual meeting in Baltimore next March. Johnson says it will launch a Hiring Heroes program during the meeting and has offered space on the AGG1 show floor to representatives of both employment programs.

Veterans who have served through multiple tours of duty have the type of heavy equipment experience needed by the industry, which, in turn, can help returning veterans find careers that support their families after they leave military service. “We need to do a better job of giving operators a way to liaison with these folks,” Johnson says.

Secretary Perez also discussed how the Department of Labor works through job centers and job partnerships. “They have a federal program in which they partner with the states, as needed, to create strategically designed job centers in the state,” Johnson explains. Essentially, the job centers determine what the job sectors are seeking workers and try to match employers and those looking for employment.

Steve Trussell, executive director of the Arizona Rock Products Association, says the roundtable gave him a better understanding of “what individual states can do to help identify existing workforce development resources at the federal, state, and local levels and how they can be better utilized.”

Workforce development and educational opportunities are primary drivers for the Ohio Aggregates and Industrial Minerals Association, particularly given its aging workforce, according to Pat Jacomet, executive director. “We are very encouraged that Secretary Perez has included training and employment opportunities in his message to the industry,” he says. “Due, in part, to the information gathered in the meeting with the Secretary, we are reaching out to our state trucking association to see how we can help them fill the CDL void that many of our members are experiencing.”

Keeping workers safe was also an important element of the roundtable conversation. In a DOL blog post written about the meeting the following day, Secretary Main notes that the Mine Safety and Health Administration has “worked hard to expand our outreach and communication with industry stakeholders.” He also points to its outreach efforts on machine guarding and ladder safety as examples of how MSHA is working with the industry to improve safety.

Several state executives say stakeholder meetings represent an appreciated and effective approach from MSHA. “These meetings have allowed for open communication with MSHA that has resulted in more clear and consistent enforcement,” Jacomet says.

Citations are at their lowest point in more than a decade, Johnson adds. “The discussion on the regulatory side was really focused on what have been tangible, recognizable improvements in consistency and collaboration and communication,” he says.

Collaboration through such programs such as the State Grants program and the Small Mines Department is important to continuing to make improvements in safety, participants say.

“I looked around at all of the companies that were represented and all of them have vigorous safety operations. They have people who are paid to focus on that and well thought out programs to make sure they are training their people appropriately,” Johnson says. “You have to wonder and worry about the smaller producers out there without the means to have that safety person, that department, that training. They are the folks we have to be sure we reach out to and help be at the cutting edge of all the things we need to do to decrease injuries and fatalities and keep that citation path moving in the right direction.”

While the meeting was the first of its kind, it likely won’t be the last. At the end of the meeting, Secretary Perez asked participants to meet again in six to nine months and discuss their progress.

“It was a very worthwhile meeting, and I’m glad that I took the time and effort to attend,” Jones says. “It seemed apparent that Secretary Perez was sincere about what he is doing and wants to help where he can.”

This article was written by Therese Dunphy, Editor-in-Chief of Aggregates Manager. 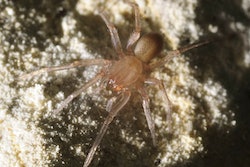 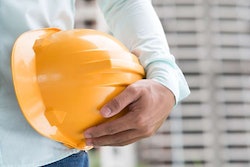 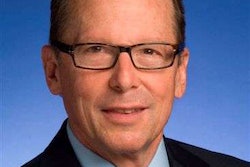