The planned wharf was a concrete deck supported by piers. It would be used for loading and unloading ships carrying container goods. Its length was 1,660 feet — long enough for two ships to dock stern to bow. It would be built in five sections, each 135 feet wide and 332 feet long. The total cost was $62,485,733.

Zachry planned on innovative construction, including installing a frozen earth wall that would allow it to perform the work in the dry.” The company believed this approach would make the work less expensive and allow it to be completed more quickly.

Work began in June 2004 and was to be completed in two years. But two sections of the wharf had to be completed by February 2006, so a ship from China could deliver cranes to be used on the wharf. The Port imposed liquidated damages of $20,000 per day for missing the deadlines.

Nine months into the project, the Port realized that a sixth 332-foot section would have to be added to the wharf. To complete the two sections of the wharf needed by February 2006 and to continue to work “in the dry”, Zachry proposed to build another frozen cutoff wall through the middle of the project, thus splitting the project into two parts. Zachry would finish the west end where the ship from China would dock, remove the wall from that area, and continue working on the east end “in the dry.”

The Port had reservations about this plan. Nonetheless, Change Order 4, using Zachry’s approach to add a sixth section at a cost of $12,962,800, was finalized Sept. 27, 2005. Two weeks later, however, the Port ordered Zachry to revise and resubmit its plans without the cutoff wall. The practical effect was to disallow the cutoff wall. Zachry protested the Port had no right to determine its method and manner of the work, but the Port would not budge. Zachry’s only option was to finish the west sections in time for the ship from China to dock, then remove the wall and continue to work “in the wet,” which would delay completion and increase the cost.

In negotiating Change Order 4, the Port promised not to impose liquidated damages as long as the ship from China could dock when it arrived, though the Port refused to put its promise in writing. Zachry completed the project in January 2009, more than two-and-one-half years after the contract deadline. Despite its promise, the Port withheld $2.36 million in liquidated damages.

In November 2006, several weeks after the Port disallowed construction of the cutoff wall, Zachry sued the Port, claiming $30 million in delay damages caused by the Port, and seeking recovery of the $2.36 million in liquidated damages. The Port countered the contract precluded delay damages. The trial court found the no-delay-damages provision could not be enforced if the Port’s intentional misconduct caused the delay, and found the liquidated damages were invalid. After a three-month trial, the jury found that the Port breached the contract by rejecting Zachry’s cutoff wall design, causing Zachry to incur $18,602,697 in delay damages. The jury also found that the delay “was the result of the Port’s … arbitrary and capricious conduct, active interference, bad faith and/or fraud.” The trial court entered judgment for Zachry.

Both parties appealed. The court of appeals held the no-delay-damages provision barred Zachry’s recovery of delay damages, reversed the judgment for Zachry, and awarded the Port $10,697,750 in attorney fees. Zachry appealed. The Texas Supreme Court held the Texas Government Contract Claims Act waived the Port’s immunity regarding Zachry’s claim for delay damages and the Port’s no-damages-for-delay clause was unenforceable. 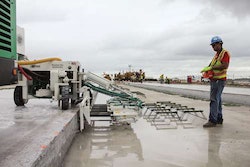 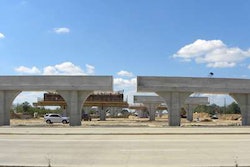 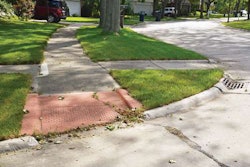