Tolling becoming the solution of choice for most Americans

Every day it seems like more Americans are beginning to understand the importance of transportation funding. That was again evident when HTNB Corporation released details of its recent tolling survey.

According to the survey, 79 percent (more than 3 in 4) of Americans are in favor of a toll on a non-tolled surface transportation facility if it results in safer and congestion-free transportation. 83 percent of people surveyed said they would support tolling on existing highways. They would be increasingly motivated to use toll roads more if the funds would go toward improving the safety of interstates (52 percent), local roads, bridges and highways (51 percent) and the highway that’s being tolled itself (42 percent).

Others would approve tolls on existing facilities if the money went toward congestion-related improvements, including reducing bottlenecks on interstates in urban areas (45 percent) and adding capacity to improve a section of an interstate (39 percent).

Even tolling existing interstates, which traditionally have been free of tolls, is backed by more than 4 in 5 (78 percent) Americans if the funds collected would solely go toward improving that particular interstate.

[gtblockquote type=”right” quote_text_size=”22″ quote_text_style=”normal” quote_text_color=”#9F0226″] Tolling is becoming the solution of choice.[/gtblockquote]“Tolling is becoming the solution of choice for generating additional user-based transportation revenue,” said Jim Ely, HNTB chair toll services and senior vice president. “It’s a proven source of funding that’s being seriously considered for expanded use by cities, states and even the federal government with support from elected officials across the political spectrum.”

The survey also found many Americans would prefer electronic tolling on interstates via transponders (41 percent) versus video (30 percent) or mobile phone apps (22 percent).

Among drivers polled, 81 percent (4 in 5), said they’d be willing to pay a toll if it means getting to their destination quicker (60 percent) and with less traffic (54 percent).

With no long-term solution to the Highway Trust Fund in sight, it’s clear that Americans are starting to understand the importance of transportation funding. More tolls across the country is becoming more and more likely. 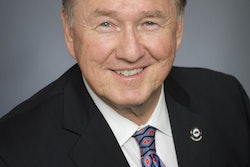 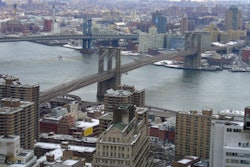