It’s time to take a much closer look at tolling on a national level to fund our transportation infrastructure, but we will require leadership at a whole new level. The existing method, the gas tax, is obsolete. I won’t waste another word discussing why it’s broken because the design and construction industry has heard the reasons ad nauseum. Let’s elevate to the 10,000-foot level. There are two main issues on the table:  America’s transportation infrastructure is underfunded and the gas tax is no longer a viable funding mechanism.

The ongoing debate over how to fund our transportation infrastructure is a prime example of paralysis by analysis. There are too many options on the table and each presents a different set of complications. The result is inaction. It’s human nature. It’s time for action. The time has come to adopt national tolling despite its potential imperfections. The concept of tolling is easily understood, familiar, and conducive to addressing inflation. The perfect funding method is the Holy Grail. It doesn’t exist.

My 20-plus year career has been dedicated to promoting our nation’s infrastructure and those that design and build it. Seven of those years involved lobbying for funding at Pennsylvania’s transportation construction trade association. With that said, I fully understand there will be political implications to taking leadership on this massive shift in public policy. The Congressperson that musters up the courage to resolve this issue may not see a second term in office. But sacrifice is part of leadership. He or she must embrace the risk and have passion for the cause. It can be done. President Obama proved it when he passed the Affordable Care Act and got re-elected, despite widespread public and partisan discontent. Bold moves often result in resistance to change. The alternative is complacency.

As a Marketing professional, I believe we need to consider our target market: American taxpayers. This issue hasn’t been addressed because our leadership in Washington is not quite strong enough. That’s not to say that Congressman Shuster and some others aren’t accomplishing anything. It’s quite the contrary. But what we’re talking about here is a paradigm shift in the way we fund transportation. This requires leadership at a whole new level. One of the greatest stumbling blocks is public disapproval and the lack of political will to slaughter the sacred cow known as the gas tax. Getting this done will require the kind of leadership that can align conservatives, liberals, and American taxpayers. And it requires the stomach to make bold moves and accept potentially severe consequences.

There are a few realities to consider. The public takes our nation’s infrastructure for granted. Furthermore, the vast majority of American citizens have no comprehension of the gas tax and how our infrastructure is funded. Nor do they care. You can’t blame them; our tax system is ridiculously complex. Adopting national tolling gives us a unique opportunity to simplify the way that we fund transportation infrastructure. It also presents an opportunity to increase public support by repackaging transportation funding in a way that is more palatable to taxpayers. Regardless of how Congress packages this issue, the public will bring out the torches if they sense a tax increase so the solution needs to be fair.

Parity is a theme in our country today on many levels. Nationwide tolling offers parity because it’s a usage-based fee structure. Drive on the road and you pay a toll. It’s also a simple concept, as opposed to the current gas tax, which factors in some complex Math that the American public will never embrace. As a marketing professional, I believe the gas tax has a positioning problem. Lack of understanding by the target market creates resistance. As human beings, we resist what we don’t understand. We stand a much better chance of getting public approval if taxpayers clearly understand the process.

I have heard it said that FHWA is opposed to tolling roads that were funded with taxpayer dollars. On the surface, this is a valid point. The problem is that we have built such a complex system, that we will inevitably ruffle some feathers regardless of the approach. Congress will need to make every effort to draft fair and sensible legislation over the long term.

In conclusion, it’s time for bold action on this issue. Nationwide tolling appears to have the greatest potential as a fair system. Let’s remember that the gas tax wasn’t a perfect method of funding when it was adopted in 1932, but Congress managed to plow forward and work out the bugs.

This is a call to action for Congress. Stop searching for the perfect solution because it doesn’t exist. We need to position nationwide tolling as the equitable way to fund our nation’s infrastructure and properly sell the concept to the American public. We will look back in 20 years and recognize this as a pendulum shift that required bold leadership. My only hope is that the gas tax will be a speck in the rearview mirror by that time. 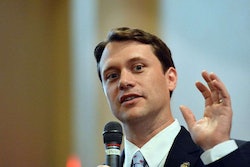 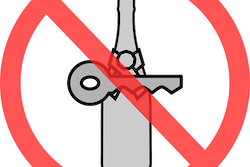 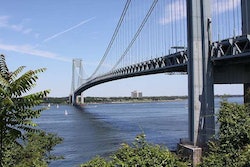