If something is unpopular but beneficial to the American public, do you as a member of Congress (a) support it, or (b) check the polls because sometimes what’s good for the country could get a person unelected.

The U.S. Chamber of Commerce backs a fuel tax increase because, as President Reagan once said before he raised it, such a hike is essential for the health and longevity of America’s vital transportation infrastructure, something we cannot afford to let fail.

“The Chamber (of Commerce) supports reasonable increases in gas taxes that are phased in and indexed to inflation,” the group’s president, Thomas Donohue (photo), told the House of Representatives Committee on Transportation. “From a business standpoint, if you need something that’s going to provide a good return, you have to go out and invest in it and buy it,” he said, referring to highways and other infrastructure that make it possible to produce and move goods.”That’s why we’re willing to pay more in gas and diesel taxes for something we know is going to make us more productive and efficient and lower our costs,” Donohue said.

Immediate past chairman of the House Transportation and Infrastructure Committee , Florida Republican John Mica, immediately told Politico that he was “extremely disappointed” in Donohue. “Unfortunately, Mr. Donohue has lost touch with the business people he represents, and it would be my hope that he can seek other opportunities for employment as soon as possible.” This is the Mr. Mica who often makes colorful statements.

We have watched for years now, since well before ol’ SAFETEA-LU officially lapsed into zombie status in 2009 right through last year when it was repackaged into MAP-21 and heard virtually every stakeholder in transportation infrastructure (including John Mica) concede that the gas tax was woefully inadequate, we need another source, but right now and into the immediate future there isn’t one, so let’s keep our fingers crossed. It’s as if the little Dutch boy realized that putting his finger in the dyke breach was not the ideal solution so he sat down to think about a better one.

Flying back from Germany two weeks ago, after the pre-bauma media meetings in Munich, I watched Lincoln on a tiny screen (from my tiny seat). Mr. Lincoln seemed to grasp the idea that our elected representatives should do what’s right, what’s necessary and what best serves the public. Or, infrastructure-wise, we’ll all be under water. 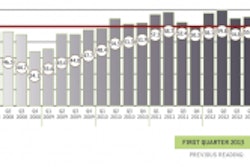 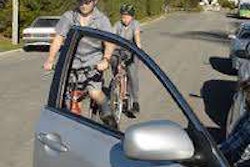 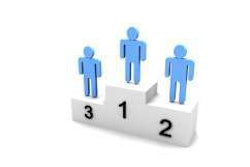