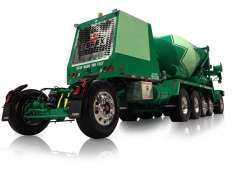 These introductions signify a resurgence for Terex back into the marketplace and confidence of a significant rebound in the mixer truck business, which was a vibrant industry before the housing crash and subsequent recession but has been on life support as of late – as has the rest of the construction industry.

From late 2008 to 2011, the ready-mix market fell 50 percent, while the mixer truck market dropped by more than 90 percent from peak levels, according to David Rinas, director of sales and marketing for Terex Roadbuilding.

In late 2011, Terex was forced to cease new mixer and glider truck production. 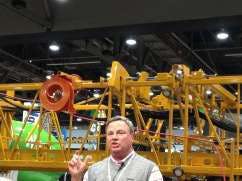 However, prior to the economic downtown, the mixer truck business was quite vibrant and cement consumption was quite high.

During 2005 to early 2008, more than 25,000 mixer trucks were sold, Rinas says. “This was a wonderful time to be in the industry,” Rinas told editors during a Feb. 5 press event at World of Concrete 2013 at the Las Vegas Convention Center. “Mixer truck production was reaching close to 100 percent, and if you called on Monday for 40 to 50 yards of cement for house, sometimes you didn’t get it until Friday.”

“We were all just trying to survive,” Rinas said. “In 2011, we didn’t see any orders coming in. There was no light at the end of the tunnel.” The decision was made in the third quarter of 2011 to take the factory down, but with hopes of redesigning the products with new technology and new robotics, Rinas said.

“But no one had any idea when the market would come back,” he said. Still, Terex stayed focused on updating the production facility, redesigning the front discharge mixer truck and restarting the glider truck program. The Fort Wayne, Ind., facility and processes were modified to include lean manufacturing principles.

Terex trimmed the front discharge mixer line down from 13 models to six to be more efficient and cut costs. Just as Terex celebrated its 40th anniversary in the mixer truck business in August 2012, business began to start looking up.

Terex hired on a general manager for the Fort Wayne, Ind., and Canton, S.D., facilities. In the fourth 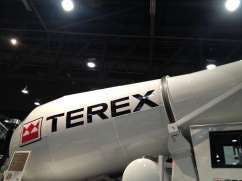 quarter 2012, Rinas says, a significant truck order was placed. “We were getting calls about when we were going to open the plant back up, and then we took orders in July 2012 for delivery at the end of 2012. At the beginning of 2013, the floodgates began to open up. “Orders started coming in from almost every region of the country. We cautiously added to the order book in the fourth quarter 2012.”

In October-November, Terex forecast the 2013 market to be at about 120 to 140 trucks. This was reforecast in the third quarter to almost double that at more than 200 trucks, Rinas said.

“We heard from customers, ‘Don’t mess with the basic truck,’ and ‘It has a good chassis so don’t change that,” Rinas noted. “Our clean sheet idea went out the window. We focused on the brake system, making the cab more comfortable and ergonomic, and powder coating and sealing the paint before parts were bolted on.”

Signs of the truck market rebound marked the start of 2013 front discharge mixer truck production. “We believe this will be a very strong year even with a tenuous economy,” Rinas said.

Highlights of the two new trucks include the following: 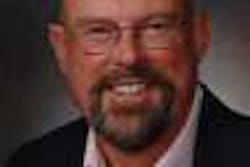 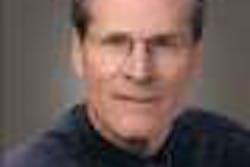 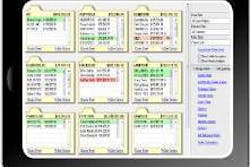 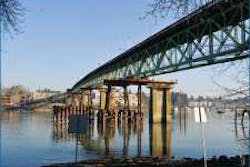