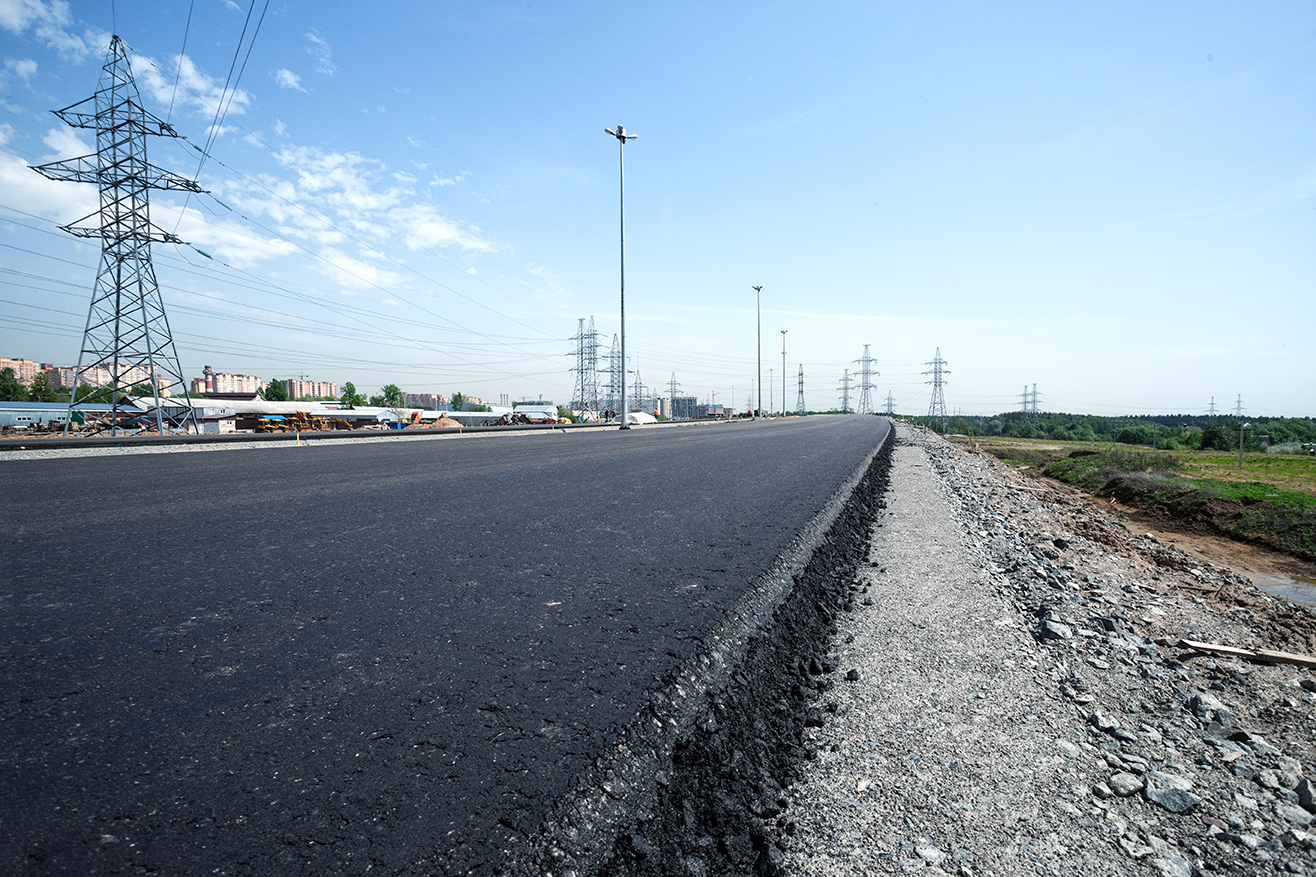 As the HTF dwindles, the U.S. Department of Transportation (DOT) is considering delaying reimbursements to state and local agencies to avoid completely draining it. With more projects needed than money available, most state and local DOTs are looking for ways to stretch each dollar they have.

The program, Decision Lens, allows the people working within an agency to collaborate ideas and evaluate the costs and benefits of each potential project based on criteria the agency decides is important. 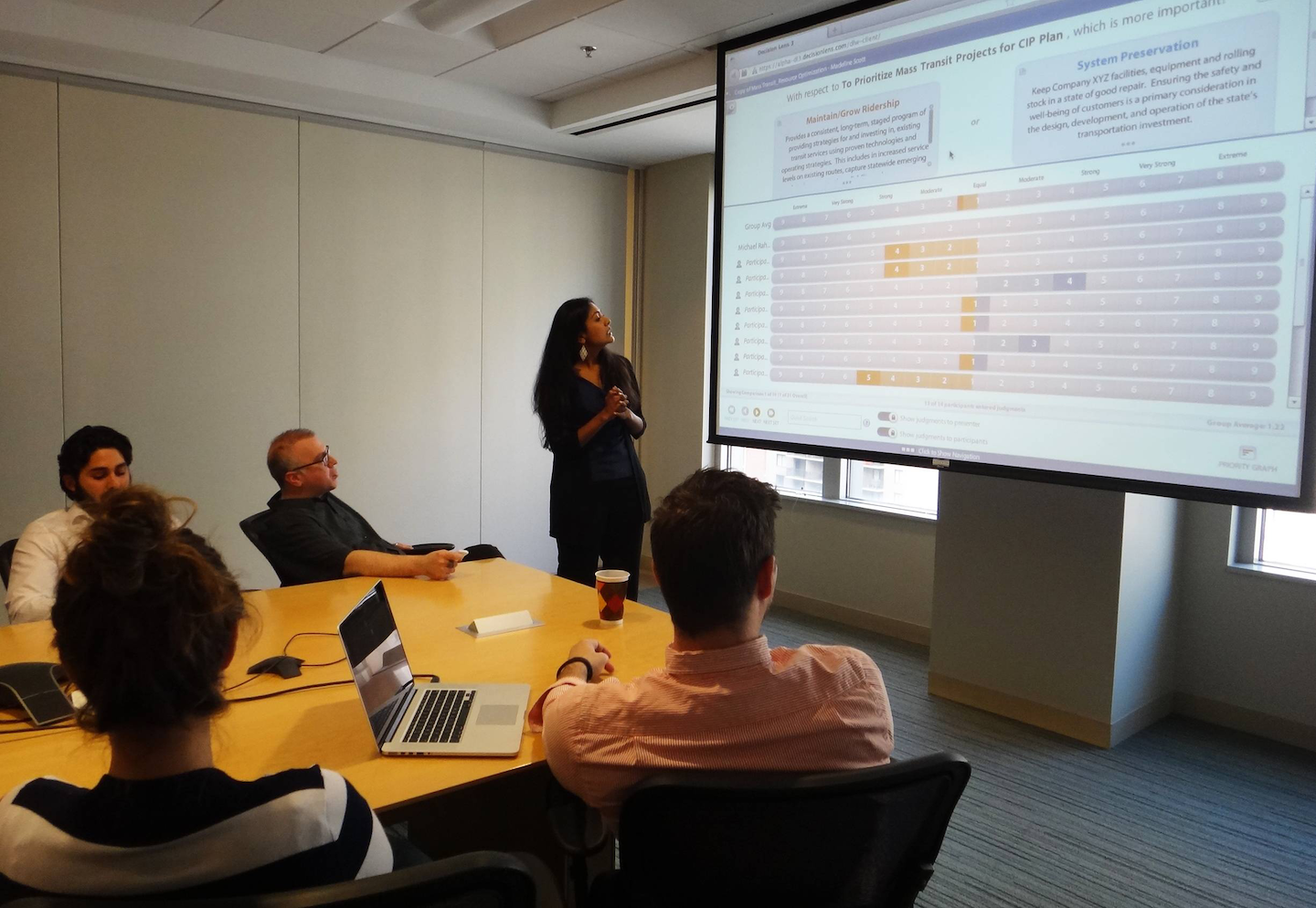 Both TDOT and NHDOT use the program to make recommendations as part of a state-mandated multi-year plan.

TDOT Director of Strategic Transportation Investments Division Steve Allen says the agency has been using the program for about 18 months to create a list of project recommendations for the state’s 3-year plan.

“This has been a really high high priority for Commissioner Schroer,” Doughty says.

Allen says the program is one of several tools the agency has implemented. TDOT uses the program to figure out which projects are best suited for each type of funding.

“We have multiple funding sources,” Allen says. “You have national highway programs, you have state transportation program funds, you have Interstate maintenance funds — and one project may actually qualify for all three of those.”

He notes that the program helps the agency determine which funding source would be best to pay for a project that qualifies for more than one.

Related: Spring is here, but effects of winter weather linger

Allen says the program isn’t giving the agency new information, but instead compiling already-available data in a collaborative, easy-to-view way in one location.

“The state has the responsibility to look at the technical data,” Allen says. “There’s a lot of information that has to be done by a DOT or state highway agency — for an agency to use this information, you have to be able to go obtain that technical information, then you have to have a very good schedule to where you can determine when this project is actually available to be funded. You actually have to know what your funding sources are and make those projections about what money is available.”

However, Allen notes, predicting future funding isn’t easy, especially with uncertainty about the HTF and reauthorization.

“We’re concerned about, nationally, what’s going to happen to our funding as we move forward,” Allen says.

NHDOT faces similar difficulties, particularly in that the agency, like many other municipalities, lacks the funding it needs, even before the HTF goes bankrupt.

NHDOT Bureau Administrator Bill Watson says the agency is trying to make the most of every dollar it receives.

“We’re not unlike many other states, most of them where there’s simply not enough revenue to do all the things we need to do,” Watson says.

Projects (at right) are aligned to their contribution toward the strategic priorities of the organization. (Photo courtesy of Decision Lens)

Much like TDOT, NHDOT also uses Decision Lens to help make prioritize projects and funding. The agency has been using the program for about 5 years, Watson says, and through the program, NHDOT has made recommendations on projects for its state-mandated 10-year plan. The plan made it to the state legislature exactly how the DOT drafted it, Watson notes, with a goal of the plan — now a piece of legislation — passing the state Senate “later in May or June, and the expectation is that plan will be approved pretty much as we drafted it based on the priorities we developed through the Decision Lens model.”

The biggest change the agency has experienced since using the program is greater collaboration and transparency, Watson says. He points out that the program “put all of the nine regional planning commissions and the DOT on the same playing field,” allows everyone to see how the agency evaluates projects and allows the agency to defend its project recommendations.

NHDOT GIS Project Manager Glenn Davison says the planning commissions especially like the agency’s newfound transparency. Previously, recommendations from the planning commissions would go into what the agency calls a “black box” where no one would see what happened with those recommendations until NHDOT would reveal its draft of statewide priorities.

“Before they gave us the recommendations and, like I mentioned, they went into a black box,” Davison says. “But now they understood the process and it felt like they helped own the process as they went through the approval process.”

“We’re trying very hard to creatively work with the revenue sources we have available to us in New Hampshire, and we try to do some funding of projects in different ways,” Alexander says. “But, again, it also goes back to the fact that the regional planning committees, through their efforts, were able to physically identify their highest priority projects.”

“In the past we might have gotten a list of 100 projects per regional planning committee that might represent $500 million in needs and all of them would be priorities,” he continues. “And in this go-round with our 10-year plan update we might still have that same $500 million in needs be presented to us, but we had a prioritized order numbered 1-100 from the regional planning committees that helped us to identify what truly was their top recommendation and why.”

Watson notes that the agency could use the program a bit differently when preparing the next 10-year plan. He says the agency will need to provide information beyond its list of transportation needs that meet available revenue sources.

“We’re also going to be expected to provide our true needs above and beyond what the revenue levels can support today so that we can start to have a better conversation about how we try to meet the gaps between what is affordable today and what is not affordable today with a clear direction on how we prioritize those,” Watson says.

He points out that he expects the program to help the DOT figure out the funding gap for its top-priority projects.

“Preservation and maintenance of existing infrastructure and safety improvements are by far the greatest weight that we place on potential projects,” Watson says. “If we can’t hold our infrastructure together and we can’t keep it safe, then nothing else is important.”

Watson predicts the program will also be useful for purposes other than project planning in years to come.

“There are many other opportunities for us to use the tool within the agency: for project selection, for different funding programs, for our hiring process, for the development of our strategic direction of where we want transportation to go in the future,” Watson says.

Davison agrees, noting that transparency and accountability are of the utmost importance: “It’s beyond just our capital improvement — that we can find other applications in the department that really help steer the department in the right direction and we get the accountability that’s expected on us by our executive office, by our legislatures, governor and the public.”

Though the program can help improve other focuses within the agency, Alexander says the program’s ability to highlight DOT priorities and help stretch funding dollars has been the most important aspect over the past five years.

“We far exceed the depth of our resources and thats what we really need to focus on.”