“The Kobelco brand has sprouted on this land once again this year,” says Jun Fujioka, president and CEO, Kobelco Construction Machinery.

More than a year after ending its North American distribution and marketing agreement with CNH Industrial, Kobelco is waving an independent exhibitor flat at ConExpo for the first time in 10 years.

The company has aggressive plans for North America, building a headquarters in Katy, Texas, with plans to move in during September, and openly talking about building a manufacturing plant here that would serve both North and Latin America. “The Kobelco success story has just started,” Fujioka says. “It appears that 2014 will far outpace 2013.”

“We wanted to come back to the show in a celebratory manner,” Hargrave says. Part of that celebration is on display at the booth: a special edition SK350LC wrapped in a patriotic design, created as a fundraiser for the Wounded Warrior Project. The company has produced five of these machines, announcing it will donate $100,000 to WWP.

Machines debuting at the show include two excavators and a three-model demolition line. 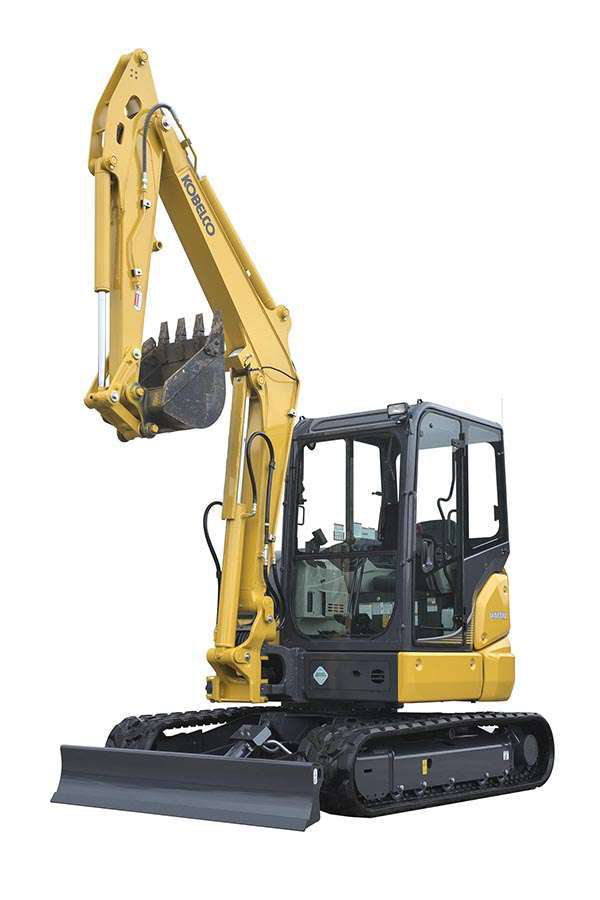 Available in both cab and canopy models, the machine is powered by a 37.4-horsepower Yanmar engine, the 11,050-pound model features an energy conservation mode, which allows the operator to run at lower power and performance levels.

A one-touch deceleration button makes it easy to switch to an idling state, enabling a reduction in fuel consumption. The machine has an arm force of 5,350 pounds and a two-pin bucket force of up to 11,128 pounds. The max dig depth is 12 feet, 10 inches.

On the other end of the excavator spectrum, the SK850LC is the largest in Kobelco’s line, with a 510-horsepower engine and three work modes to tailor engine rpms and hydraulics to the job at hand. 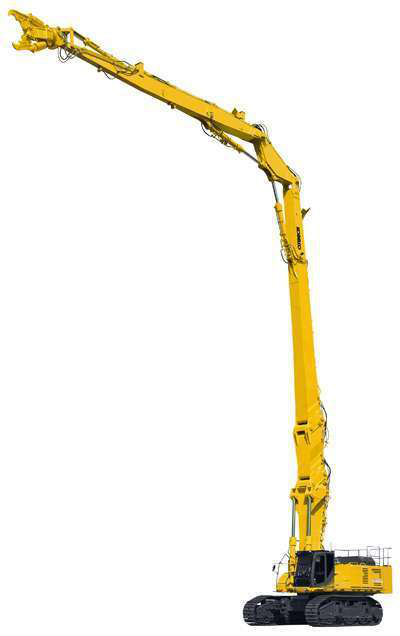 The company is also bringing its three-model demolition line to North America, the SD210D Multi-Dismantling Machine, the SK 350DLC Scrap Handling Machine, and the SK1000DLC Large-Building Demo Machine. The dismantling machine will take apart vehicle bodies, engines and other metal components using two specialized crushers, one for small-scale separating and sorting, the other for vehicle dismantling.

The scrap handling unit has a low center of gravity and counterweight, plus a “bent boom” design that makes dumping more efficient for negotiating a trailer flatbed or the hatch coaming on a cargo container.

The 100-ton class large building demolition unit offers four different attachments: the GD Ultra Long extends up to 130 feet with a 5,500-pound crusher; the HD Ultra Long has an 11,000-pound crusher and a reach of 100 feet; the Separate + Insert Boom  has a 331,000-pound tip crushing force crusher; and the Separate Boom is built for compact operation for confined spaces.

“We plan on bringing 19 models of demolition machines into the U.S. market,” says George Lumpkins, product marketing manager. “Kobelco has been involved with building these machines since the 1970s.”