Why knowing the allowable timeline to bring a lawsuit is important

The distinction between a public and private work of improvement is an important one for contractors. Public works of improvements are subject to laws that do not affect private projects.

For example, public projects are subject to bonding requirements, prevailing wage requirements and other laws and requirements that do not apply to private jobs. Although it is typically obvious whether a project is public or private, the distinction is not always clear.

In a recent California case – R&R Pipeline, Inc. v. Bond Safeguard Insurance Co. (Jan. 27, 2014) – the court held that a contractor who provided storm drain and sewer work for a golf course subdivision could bring a lawsuit to enforce a subdivision improvement bond because the project was private and not public.

In May 2008, R&R entered into a written contract with Los Valles Company, LP for infrastructure work on land being developed by Los Valles as a golf course and residential community. The project involved an 18-hole golf course designed by Arnold Palmer and 209 residential lots in Los Angeles County near Castaic, California. The project included the construction of improvements such as streets, sidewalks, gutters, storm drains and sewers, which were to be dedicated to the county upon completion. 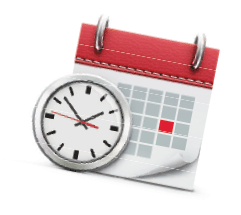 As part of the project, in December 2006, Los Valles entered into a Public Works Multiple Agreement (Multiple Agreement) with Los Angeles County. The Multiple Agreement required Los Valles to complete the subdivision improvements, including the work contracted for with R&R, to receive a final map. Bond Safeguard issued labor and material payment bonds covering the work. The County was the beneficiary under the bonds, and Los Valles was the principal. The bonds provided that Bond Safeguard would pay for any work or labor performed by R&R under its contract with Los Valles. The work was to be completed by Los Valles to the satisfaction of the County. R&R performed work up to Oct. 1, 2008.

R&R performed its work, and Los Valles breached the contract by failing to pay the sums due. R&R claimed it was owed more than $1.2 million, including $1,085,858.64 under the contract, and an additional $150,000 in restocking charges on materials ordered. In December 2008, R&R filed a lawsuit against Los Valles. On May 17, 2011, R&R first notified Bond Safeguard in writing of its claims. R&R did not give written notice to the county. On July 25, 2011, R&R named Bond Safeguard as a defendant in its lawsuit. None of the subdivision improvements were completed and dedicated or accepted by the county.

The appeals court reviewed the record and found the Multiple Agreement was not a public works contract because the county was not an owner, did not have a contract with R&R was not seeking payment from the county. In addition, R&R’s work was performed on private land, which was never accepted by the county. Further, the project was not described as a public improvement in the Multiple Agreement or payment bond. Finally, the amount of the payment bonds were only about 50 percent of the estimated cost of improvements, while public works projects require bonds that are at least 100 percent of the contract amount.

Since the project was private, R&R was not subject to the notice requirements for public projects and had four years to file suit against Bond Safeguard. As a result, the appeals court reversed the judgment against R&R.

The R&R Pipeline case illustrates one important distinction between public and private projects – the allowable timeline to bring a lawsuit on a labor and material payment bond. Here, the public versus private distinction was critical to R&R being permitted to continue with its lawsuit seeking more than $1.2 million in damages.

In addition to bonding issues, the public versus private distinction has important implications in other areas, including public bidding laws, prevailing wage requirements and public contracting requirements. It is important for contractors to understand the realm in which they are contracting – public or private – and applicable legal requirements so they can best protect their rights.

Attorney Brian Morrow is a partner in Newmeyer & Dillon LLP and a licensed civil engineer specializing in construction law including road and heavy construction.