In earlier days, concrete pavements would employ steel wire mesh near the top of the layer to forestall inevitable hairline shrinkage cracks. While shrinkage cracks don’t compromise the load-carrying ability of a pavement, they are unsightly, especially when the wire mesh begins to rust, and rust streaks stain the surface.

A new generation of synthetic fibers is moving the industry beyond wire mesh. At booth No. 65010 in the Technology & Construction Solutions pavilion in South Hall 2, Euclid Chemical Co. will market its Tuf-Strand SF macrofibers as a crack alleviating material for concrete pavements and whitetoppings.

These patented polypropylene/polyethylene synthetic fibers create a three-dimensional reinforcement that mitigates concrete cracking while delivering reinforcement. The blend of fibers provide a reduction in both plastic and drying shrinkage cracking and hold together cracks that do form, according to the manufacturer.

They also don’t corrode like steel mesh, important as oxidized steel expands and greatly increases the potential for cracking in concrete. The fibers blend into the concrete mix, resulting in an even distribution and appearance in the poured slab.

Other fibers will be on display. Fibermesh 150, a microreinforcement system for concrete. It’s a 100-percent virgin homopolymer polypropylene multifilament fiber with a patented e3 technology from Propex Operating Co. USA, at booth No. 140 in the Las Vegas Hotel (formerly the Las Vegas Hilton).

Fibermesh observes that another advantage of polypropylene fibers is their ability to mitigate the explosive tendency of concrete during fires because they melt and relieve volatile steam pressure in concrete. 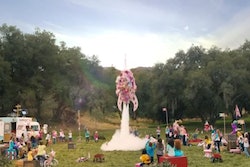 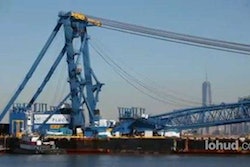 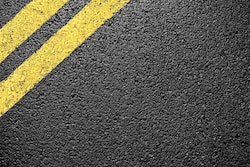