Much of Ohio was hit pretty hard (I can personally attest to this!), especially the Northwest where there were level 3 snow emergencies in some counties on top of the freezing cold temps. ODOT’s District 2 area – Williams, Fulton, Henry, Lucas, Wood, Ottawa, Sandusky, and Seneca County – was one of the agency’s hardest hit area, according to ODOT’s Ericka Pfeifer. 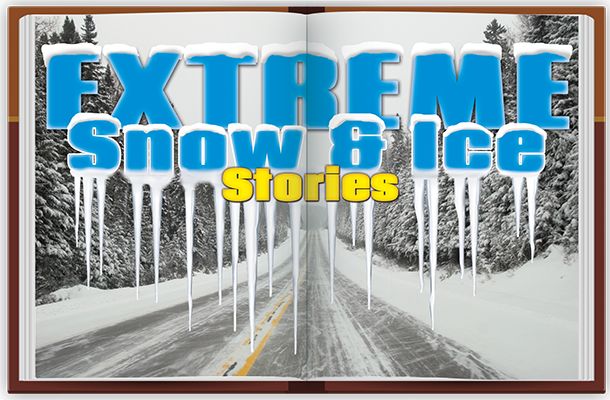 Ohio Department of Transportation District Two plow crews worked tirelessly through the January storm. Through 10 consecutive 12-hour shifts, many drivers went above and beyond to help not only the traveling public, but those in need of emergency assistance as well.

Four drivers, two from Lucas County and two from Fulton County plowed the way for an expectant mother to make it into the hospital to deliver her baby.

Two ODOT drivers in Henry County also assisted another ambulance company in getting a critical patient transported because the air ambulance could not fly in the harsh conditions.

If you ask the drivers, they’ll tell you they are just doing their job, but in the words of one of the many thankful citizens, “Our lives are a testimony to your gallant labors.” Tandem plows out of the Independence, Ohio, maintenance facility, work together to clear Interstate 480 near Ridge Road faster. 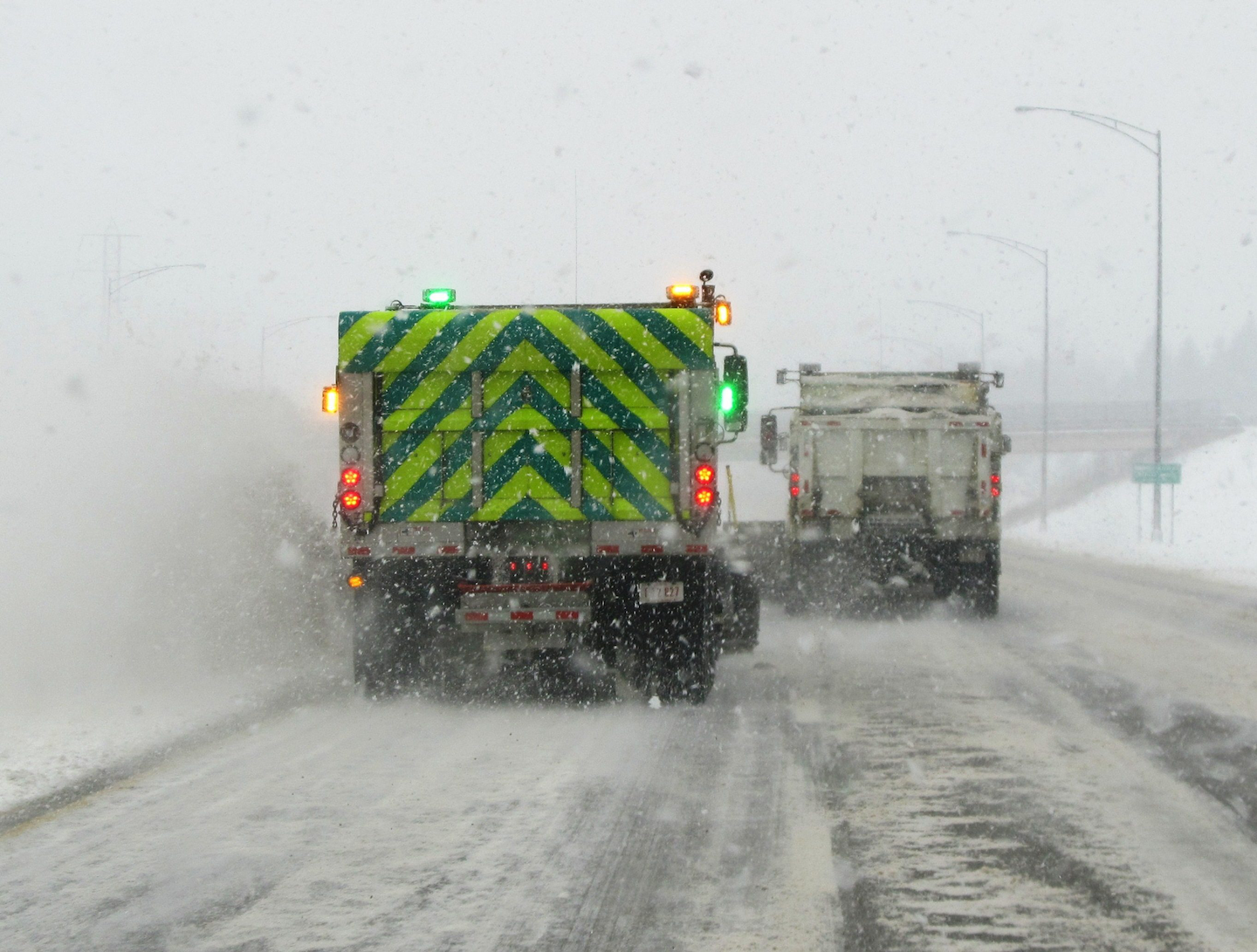 Plows push snow on to the shoulder of Interstate 77, resulting in a snow cloud several feet high. 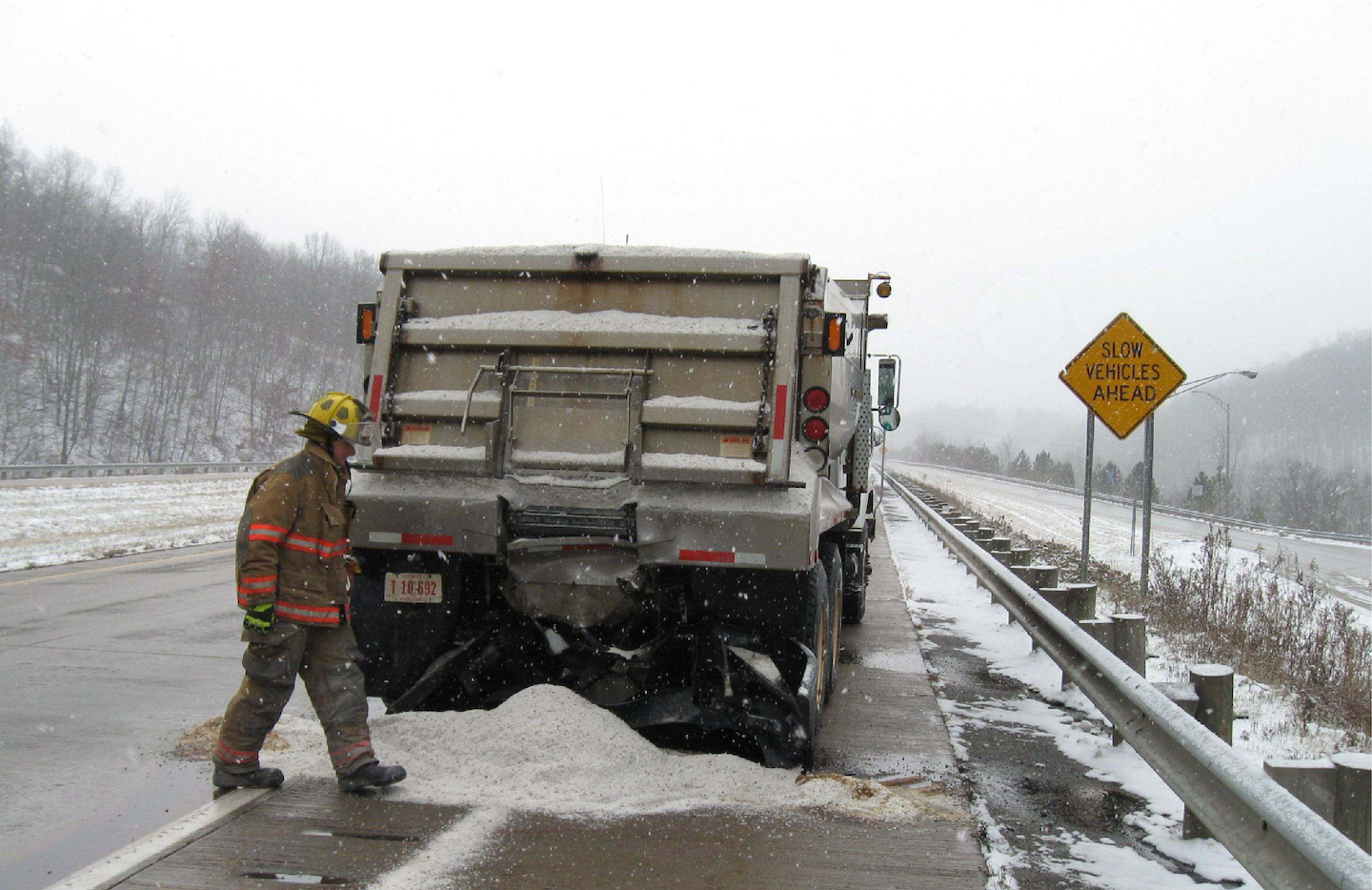 While plowing on Interstate 77 in Washington County, a semi-truck rear ended our snowplow. The snowplow driver was traveling approximately 40 MPH and the semi was traveling around 70 MPH.

Plowing snow is dangerous work. Not only do plow drivers have to battle snow and ice, but they must also be aware of other motorists who crowd the plow. A Washington County snowplow is struck by a motorist while plowing on Interstate 77. This was the second time this driver was hit by a motorist this year. Remember, “Don’t Crowd The Plow.” A view looking back at the tow plow, a trailer that attached to the back of a tandem plow truck, which was plowing two lanes in one pass along I-76 in Portage County. The tow plow has a massive 22-foot plow, 7-ton salt hopper and 250-gallon brine tank. The large size of this one truck allows it do the work of two trucks by being able to plow both lanes in one pass. This is one of three tow plows in the ODOT, all of which are used in District 4. (Photo by Brent Kovacs) ODOT receives a large load of salt from its storage facility in Wayne County.

Photos courtesy of the Ohio Department of Transportation (ODOT)/Brent Kovacs

To submit your extreme winter weather show and ice video, photo or story, send it to tinabarbaccia@randallreilly.com. We just may feature it online or in the magazine. We’d love to hear from you!