U.S. Transportation Secretary Ray LaHood on June 7 released a “Blueprint for Ending Distracted Driving” that offers a comprehensive strategy to address the growing and dangerous practice of using handheld cell phones behind the wheel.

The plan outlines concrete steps stakeholders around the country – from lawmakers and safety organizations to families and younger drivers – can take to reduce the risk posed by distracted driving.

While unveiling the plan, LaHood also announced $2.4 million in federal support for California and Delaware that will expand the Department’s “Phone in One Hand, Ticket in the Other” pilot enforcement campaign to reduce distracted driving.

“Distracted driving is an epidemic,” LaHood said in a press release. “While we’ve made progress in the past three years by raising awareness about this risky behavior, the simple fact is people are continuing to be killed and injured – and we can put an end to it.

“Personal responsibility for putting down that cell phone is a good first step – but we need everyone to do their part, whether it’s helping pass strong laws, educating our youngest and most vulnerable drivers, or starting their own campaign to end distracted driving,” he added. “The ‘Blueprint for Ending Distracted Driving’ outlines a plan that builds on the national momentum that Secretary LaHood and USDOT have spearheaded for the last three years.”

Recognizing the extent and complexity of the problem, the plan:

– Encourages the remaining 11 states without distracted driving laws to enact and enforce this critical legislation.

– Challenges the auto industry to adopt new and future guidelines for technology to reduce the potential for distraction on devices built or brought into vehicles.

– Partners with driver education professionals to incorporate new curriculum materials to educate novice drivers of driver distraction and its consequences.

– Provides all stakeholders with actions they can take that go beyond personal responsibility to helping end distracted driving nationwide.

Data from the National Highway Traffic Safety Administration (NHTSA) show drivers under the age of 25 are two to three times more likely than older drivers to send text messages or emails while driving.

Coinciding with the release of the “Blueprint for Ending Distracted Driving,” Secretary LaHood announced that California and Delaware have been selected to receive federal support for pilot projects that will test the effect of increased law enforcement and high-profile public education campaigns on distracted driving. “We know from the success of national efforts like ‘Click It or Ticket’ that combining good laws with effective enforcement and a strong public education campaign can – and does – change unsafe driving behavior,” said NHTSA Administrator David Strickland in a press release. “Now, along with two great state partners, we’re using this proven formula to help tackle distracted driving.”

DOT is providing California and Delaware with $2.4 million of federal support for pilot programs that will examine whether increased police enforcement coupled with paid media and news media coverage can significantly reduce distracted driving over a widespread area. The California program will take place in the Sacramento valley region comprising eight counties and 3.8 million residents, while the Delaware program will be conducted statewide. Both projects are expected to be under way in fall 2012.

The multi-market efforts in these states mirror the approach used in smaller-scale demonstration projects completed in 2011 in Hartford, CT, and Syracuse, NY. The 2011 pilot projects found dramatic declines in distracted driving in the two communities tested – with texting dropping 72 percent in Hartford and 32 percent in Syracuse. In 2010, at least 3,092 people were killed in distraction-affected crashes – accounting for nearly one in every 10 fatalities on the nation’s roadways.

Meanwhile, among the findings from NHTSA’s first nationally-representative telephone survey on driver distraction released earlier this year, more than three-quarters of drivers reported that they are willing to answer calls on all, most, or some trips.

Survey respondents acknowledged few driving situations when they would not use the phone or text, and yet reported feeling unsafe when riding in vehicles in which the driver is texting and supported bans on texting and cell phone use.

Almost all respondents (about 90 percent overall) reported that they considered a driver who was sending or reading text messages or e-mails as very unsafe. Nationwide, 39 states, the District of Columbia, the Virgin Islands and Guam ban texting behind the wheel.

Ten states, the District of Columbia, the Virgin Islands and Guam prohibit all hand-held cell phone use while driving. Download the Blueprint for Ending Distracted Driving. Click here to see the NHTSA report on the enforcement programs in Syracuse and Hartford. Click here for the latest fatalities data available on FARS and here to view the agency’s telephone survey on distracted driving attitudes and behaviors. To learn more about NHTSA’s efforts on distracted driving visit www.distraction.gov. 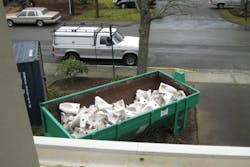 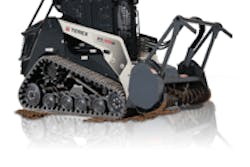 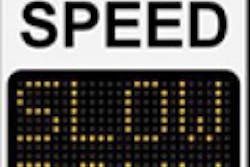