There are some true characters in this business, originals, old school make-a-difference types. Maybe it was a different world, maybe it required different people. Either way, we just lost one, Bill Swisher, the founder of CMI Corp.

I didn’t know Bill (that’s NewsOK’s headshot of him by the way) except by reputation. Better Roads publisher Mike Porcaro knew him well.

His recollections, in brief: “ Whenever we speak of the passing of people who have left their marks on others, we often refer to them as being ‘larger than life.’ If there is a term that goes beyond that, it would describe the Bill Swisher I knew for nearly 30 years. Yet, if you hadn’t met him, you might not know of all Bill accomplished in life. I first met Bill in 1984. His company was a customer of mine and, of course, Bill was already very well known for being an innovator and pioneer in the construction equipment industry. Bill was akin to construction industry as, say Ty Cobb or Hank Aaron was to baseball. In fact, Bill was a charter member of the Construction Equipment Industry Hall of Fame, an organization with which I was involved with at the time of his induction in 1993.

“One of my fondest memories of Bill happened when visiting him in his office after working hours one evening. We talked for probably an hour-and- a-half or more about politics, business and life in general….. all while passing around a two-pound can of peanuts and a liter bottle of Pepsi!

“You’d think that a guy who did so much for so many years, both within his industry and as a noted philanthropist, would be pretty much riding on a high horse most times. Not Bill. He stayed the course of his humble roots. Bill could relate to anyone on any topic at anytime making others feel special and certainly to feel as important as he.” 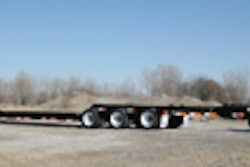 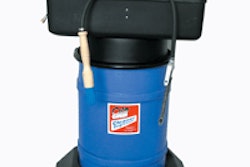 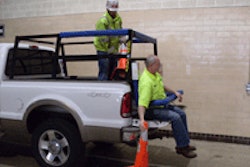