BOMAG is developing an innovative hybrid compaction machine based on its BW174AP model, according to a report in the official Bauma Daily News e-newsletter, published by World Highways and Aggregates Business Europe.

Information about the new machine was not accessible on the BOMAG Website at the time of this Web posting.

This machine is an asphalt compactor and is in development, with numerous detail changes in hand, according to the report.

The aim of the project is to reduce fuel costs for the customer, although this machine will have the added advantage of cutting emissions considerably, the report said.

The prototype machine weighs 9.8 metric tons, slightly more than the conventional 9.5-metric ton unit and in time this will be powered by the new 56kW Tier 4/Stage IIIB compliant Deutz engine, rather than the bigger diesel required in the standard unit, according to the Bauma Daily News report.

By using this smaller engine BOMAG believes it can cut a slice out of fuel consumption, aided further by the hybrid drive, according to the report.

Meanwhile, by using the 56kW engine rather than a more powerful unit, the firm can reduce the purchasing and maintenance costs of the after-treatment package required. 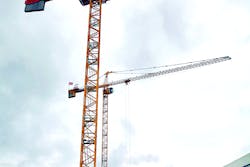