The owner of a Boston drain service company was sentenced to two years in prison December 5 for the deaths of two of his workers during a 2016 trench collapse in the city.

He also must serve three years of probation and can never employ anyone to work in excavation.

Kevin Otto was found guilty of two counts of manslaughter October 31 by a Suffolk Superior Court judge, along with his company Atlantic Drain Service. He was also found guilty of witness intimidation.

Although he was sentenced December 5, the judge has allowed Otto to remain free while his lawyer files a motion before December 31 to reconsider the verdict.

Relatives of the victims pleaded with the judge for the maximum sentence. Prosecutors had sought seven to 10 years of prison for Otto.

Robert Higgins, 47, and Kelvin Mattocks, 53, were working in an unprotected, 12-foot-deep trench when dirt caved in, covering them to the waist. Then the water main at a fire hydrant burst, according to the Suffolk County Prosecutor’s Office.

“The trench was flooded in seconds, and neither Higgins nor Mattocks was able to escape,” the prosecutor’s office said. “Both died at the scene, and it would be almost six hours before their bodies were recovered.”

Atlantic Drain also faces about $1.5 million in fines from the U.S. Occupation Safety and Health Administration from the incident. Otto is contesting the proposed penalties.

Otto’s lawyer argued that the incident was caused by a hydrant pipe failure that allowed water to rush into the trench, not inadequate cave-in protection.

OSHA issued 23 violations against Atlantic Drain on May 1, 2017, including repeat violations for inadequate cave-in protection for workers. In February 2017, the Suffolk County Prosecutor’s Office announced the manslaughter charges.

Charging a contractor with a crime in a trench collapse is not typical, but in the past five years, prosecutors have been more willing to press charges in trench collapse cases because they are preventable if proper protective measures are put in place.

Most recently, a Colorado contractor was charged with manslaughter in August in the death of a worker in a trench collapse in 2018, and in November, two separate cases in Virginia and in New York City have resulted in manslaughter charges against contractors. 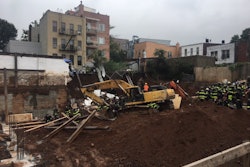 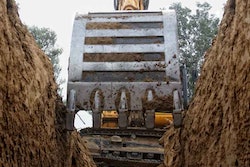 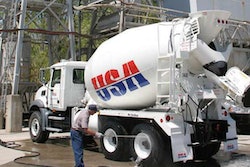