HHP Summit: The safety of LNG

When the average person views Liquified Natural Gas as a dangerous, toxic fuel, liable to explode at the slightest spark, what’s an LNG provider to do?

That’s how Erik Neandross, CEO of Gladstein, Neandross and Associates, demonstrated the safety, simplicity and non-toxic nature of LNG as a fuel to kick off the HHP Summit 2012-Natural Gas for High Horsepower Applications this morning in Houston, Texas.

The summit, which runs though Friday, brings together natural gas producers, engine and equipment manufacturers, and customers in the marine, rail, mining, transportation, earthmoving and power generation companies to take a closer look at this clean, abundant and low cost fuel.

While LNG is chilled to minus 260 degrees Fahrenheit for storage and transport and it bubbles and boils and pops when exposed to normal atmospheric temperatures and pressures, its actually safer and less toxic than gasoline and diesel when stored and handled with the proper equipment and insulated containers.

It’s also selling at the diesel gallon equivalent of about $1.40 a gallon, according to Neandross.

LNG is flammable, is but only under a  tight set of variables. The flame that ignites it has to be at least 1,076 degrees and and fuel-air  mixture has to stay within a narrow band of 5 to 15 percent fuel. Neandross demonstrated this by extinguishing a lit cigarette in a beaker of LNG. Gasoline, by contrast bursts into flame at 536 degrees, diesel at 495 degrees. LNG also evaporates quickly, when spilled, leaving no environmental contamination or oily residue (like gas or diesel) and thus no lingering fire hazard.

LNG has the same chemical composition as the natural gas used in home heating and cooking, CH4, or methane, and a long history of relatively safe handling and use. LNG fueling stations do require the use of gloves, closed toed shoes and eye protection, in the event a spill occurs, as the super-cold liquid can cause burns.

Once chilled at an LNG production plant, the gas needs no further refrigeration to maintain it’s liquid state. It is shipped and stored in double-walled, insulated containers, and that includes the fuel tanks on trucks, mining and drilling equipment and other industrial applications. No on-board refrigeration is needed for any of the engines or machines that use it.

Built to industry standards, the integrity of these tanks is such that accidental spillage is almost non-existent. Neandross showed several photos of LNG fueled trucks that suffered from collisions and electrical fires that destroyed these trucks yet the fuel tanks maintained their integrity and even allowed for the fuel to be off-loaded from the tanks after the fires and accidents had come under control. 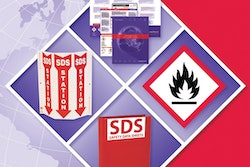 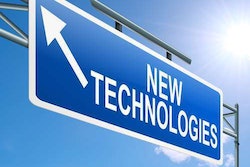 Guest blog: Forget about escaping truck technology; instead, take advantage of it 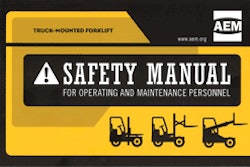