Regulatory inefficiencies and threats in the areas of hours of services for truck drivers, the Clean Water Act, and the use of coal ash could undermine the historic policy reforms put in place by the newly enacted highway and transit law–MAP-21, American Road & Transportation Builders Association (ARTBA) 2012 Chairman Paul Yarossi told Congress on July 19.

Testifying before the House Committee on Oversight & Government Reform, Yarossi, president of HNTB Holdings, explained that some regulations provide a “sense of predictability and ensure a balance between meeting our nation’s transportation mobility needs and protecting the public interest.” However, he cited three areas that “hinder, rather than help this balance.”

Noting that a “one size fits all” approach wouldn’t work, Yarossi urged Congress to re-examine rules governing “hours of service” for long-haul truckers.  He explained that transportation construction industry drivers tend to drive short distances to and from a work site rather than the long-trips of commercial drivers.  “Such limitations can disrupt the efficient deployment of professionals and resources on the construction job site, without a demonstrable increase in safety,” he told the committee. “Further, it increases costs that would otherwise support capital and personnel expansions.”

(Click here for a downloadable PDF of the July 19, 2012, oral testimony of Paul Yarossi on on “Continuing Oversight of Regulatory Impediments to Job Building: Job Creators Still Buried by Red Tape Before the United States House of Representatives Committee on Oversight and Government Reform”.)

Second, Yarossi pointed to draft guidance from the Environmental Protection Agency (EPA) that would greatly expand the reach of the Clean Water Act (CWA) to include roadside ditches within the jurisdiction of wetlands.  “Virtually every road and roadway improvement project has a ditch associated with it,” explained Yarossi.  “Notwithstanding the complete lack of viability of such a plan, it would inject major uncertainty and delays in the delivery of transportation benefits.”

Finally, the ARTBA chairman highlighted the EPA’s possible designation of coal ash as a “hazardous waste.”  Coal ash is commonly-used material in concrete and a key component in transportation infrastructure improvements.  He cited a 2011 ARTBA economic study, which found that removing coal ash from transportation construction would cost the public and private sectors more than $104 billion dollars over the next 20 years.  Such increases could threaten jobs and result in increased material costs, thereby negating any cost savings that would develop as a result of policy reforms passed in MAP-21.

Today’s testimony builds on many years of regulatory comments, legislative efforts and litigation by ARTBA concerning the effect of over-regulation on the transportation construction industry.  ARTBA will continue to work towards a regulatory scheme that protects the public interest without sacrificing the ability to pursue desperately needed transportation improvements vital to the U.S economy, public health and safety.

The full text of ARTBA’s testimony can be found in the “regulatory affairs” section of www.artba.org. 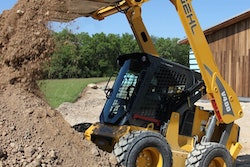 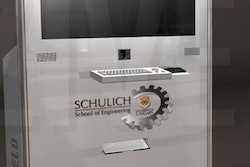 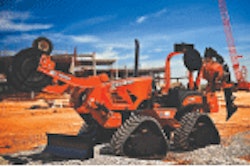