The U.S. Department of Transportation and the City of Hailey, Idaho, have signed a $3.5 million agreement that will allow work to begin on much-needed upgrades to Woodside Boulevard, U.S. Transportation Secretary Ray LaHood announced.

In addition, it will further the city’s $4.4 million Woodside Boulevard Complete Streets Initiative by replacing a dangerous intersection with a roundabout and adding a traffic signal at a second unsafe intersection. The project will also add pull-out lanes for buses at 17 of the 18 existing bus stops along the street.

Woodside Boulevard is a 35-year-old major street in Hailey and serves a large transit-dependent commuter population. Though as many as 8,000 drivers depend on it daily, the road is deteriorating.

“This grant will help begin the work needed to keep pedestrians safe in Hailey,” said Federal Highway Administrator Victor Mendez. “Rebuilding an important road that will provide a boost to the local economy is what these funds are all about.”

When completed, the project will help to decrease greenhouse gas emissions by reducing traffic congestion at key intersections. It will also improve safety for children and seniors walking to schools and a community center in this high-traffic area, encourage walking and biking, and expand public transit options for the community at large.

The grant was awarded as part of the TIGER II program that the U.S. DOT announced on Oct. 30, 2010. Seventy projects in 40 states were awarded $600 million in grants for projects that have a significant impact on the nation, a region or metropolitan area. The projects chosen demonstrate an ability to contribute to the long-term economic competitiveness of the nation, improve the condition and safety of existing transportation facilities and systems, increase energy efficiency and livability, and create or preserve jobs quickly. 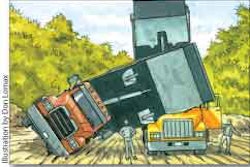 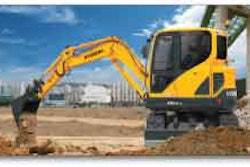 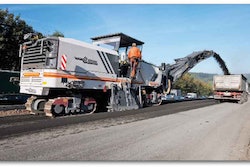