“Mamas, don’t let your babies grow up shunning construction.” A contractor’s look back

Editor’s Note: With Labor Day, it’s time to begin saying goodbye to summer and time to take a break and enjoy the fruits of our hard work.

And nobody knows hard work like our readers. That’s why when we saw this column from Laurie Dozier, the president and CEO of Tallahassee-based contractor Mad Dog Construction, we had to share it with our audience. It perfectly captures a life in construction and the many rewards that come with it. With it, we hope that you’re able to take a bit more pride in what you do.

For a few weeks now, when tending to my Betton Hills garden, I’ve been serenaded by the song of the skill saw and the framing hammer. In close proximity, I’ve overheard builder Greg Hensley coordinating his forces and enjoying his carpenter’s constant chatter as they confirm their measurements while pontificating on all manner of life.

This morning was no different except that it sent me time traveling—back to the summer of 1975, back when Jimmy Carter was running for president. The fact that the Miccosukee Land Coop had yet to receive electricity did little to dissuade dozens of first time builders from taking post-hole diggers, hand saws and hammers in hand as they fashioned their houses out of repurposed tobacco barns, churches and antebellum homes.

Though I sweated, swatted and swore, I’m so glad the law school application buried on my desk went unattended.

Shortly after moving into my powerless fort, first an uncle, then a cousin, asked me to renovate their homes. Thereafter, Chuck Mitchell asked if I’d like to join my forces with the forces of Rick Bowyer, Larry Schueren and Tom Barr, for the purpose of designing and constructing shelter for others.

Though the weeks were long, we were rewarded by the smells of newly turned earth, of pine and cedar sawdust. Though the work was hard, it was shared, and appreciated—with co-workers, clients, lenders, tradesmen, designers and building officials.

And though the work was stressful, there was a palpable sense of freedom—from wearing nail aprons like gun holsters to sweating copper with a torch.

And though success in the building business did not require a degree in higher education—many of my trusted, talented mentors did not go that route—I’m sure that my B.A. degree was as valuable to my proficiency as a carpenter as it was in preparing me for leadership, and ultimately, for being a job creator.

As I walked inside to record these thoughts, I wholeheartedly sang out, “Mamas, don’t let your babies grow up shunning construction.”

Laurie Dozier III is the president and CEO of Tallahassee contractor Mad Dog Construction. This column originally appeared in the Tallahassee Democrat and has been re-published with the author’s permission. You can contact Dozier by email at laurie@morethanbuildings.com. 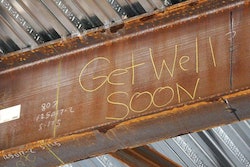 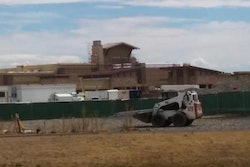 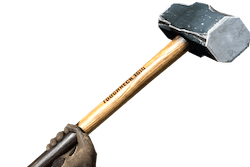