Congress’ failure to maintain highway funding could cost the construction equipment industry more than $900 million in lost market opportunity nationwide in 2012 and $5.4 billion over the next six years, a new analysis by Associated Equipment Distributors (AED) finds.

Lawmakers in the U.S. House of Representatives and Senate are considering how to reauthorize and pay for federal surface transportation programs. Absent a deal to maintain highway funding, investment could fall from $41 billion this year to $27 billion next year and beyond (approximately a 30 percent cut). According to government experts, $27 billion is the annual funding level supportable by projected Highway Trust Fund (HTF) revenues.

AED analyzed the state-by-state impact of reducing annual highway expenditures by 30 percent using data from the Federal Highway Administration and a report by Professor Stephen Fuller of George Mason University. Fuller’s 2008 study, which was commissioned by AED, found that each dollar in government highway spending creates an average of 6.4 cents in equipment market opportunity (EMO) (i.e., sales, lease, rent, and product support). Fuller also found that each dollar spent on equipment generates $3.19 in direct and indirect economic activity. Fuller was not involved in the current analysis.

AED estimates that slashing highway investment to $27 billion in 2012 could result in $902.8 million in lost revenue for equipment distributors next year and $5.416 billion in lost EMO over the next six years. The lost EMO alone would cost the U.S. economy $2.88 billion per year in reduced economic activity ($17.28 billion over six years). The Federal Highway Administration (FHWA) has already reported that letting highway funding drop would result in the loss of 490,627 jobs nationwide in 2012.

“The lost economic activity would be devastating for the equipment industry, which laid off 37 percent of its workforce during the recession,” said AED President and CEO Toby Mack. “But this isn’t just about protecting jobs at our member companies. Congestion costs the U.S. economy $115 billion annually in wasted time and fuel. If Congress lets highway investment fall, congestion will get worse, U.S. competitiveness will suffer, and the unprecedented economic uncertainty will continue.”

AED’s analysis shows the consequences for equipment distributors and points to the need for a robust, multiyear highway bill. Despite a flurry of activity in Washington, D.C., over the past month, that goal remains elusive. The authorizing committees in the House and Senate have unveiled transportation proposals (but not actual legislative language), and the two chambers are at odds over the duration and costs of a new highway bill. At the conclusion of the debt ceiling debate, Congress left town without considering a new highway bill. The current extension of the most recent surface transportation authorization law expires on Sept. 30, leaving lawmakers little time to reach a deal. Inaction could lead to a shuttering of the nation’s highway program similar to that facing the Federal Aviation Administration. 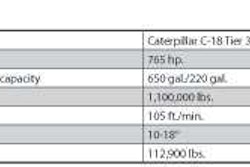 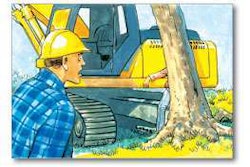 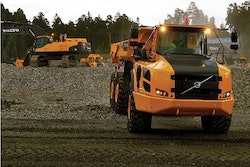