Mortenson Construction has completed 1 million work hours without a job-related illness or injury, the company announced on May 24. The company credits the achievement to its Zero Injury safety program efforts designed to eliminate worker injury across all its project sites and locations. In total, more than 2,100 Mortenson team members working on 158 projects across North America have been injury-free.

According the U.S. Department of Labor’s Bureau of Labor Statistics, in 2009 — the last full year reported — there were about 288,000 non-fatal construction-related injuries in the U.S. or 4.3 recordable incidents per 100 full-time workers. A recordable incident is a work-related illness and any injury which results in loss of consciousness, restriction of work or motion, transfer to another job, or requires medical treatment beyond first aid.

Mortenson began its Zero Injury safety program in 1995 and was one of the first construction companies in the U.S. to implement such efforts. The company educates its workforce on the nine principles of its Zero Injury program.

These principles are pre-task planning; orientation and training; substance testing; incident investigation; reward and recognition; management commitment; staffing for safety; subcontractor management; and worker involvement. As a result, Mortenson’s recordable incident rate continues to decline and is among the lowest in the construction industry.

“This kind of safety record is an extremely rare occurrence. There have been only 20 other known occasions in the past 20 years where this has happened in the construction industry,” said Emmitt J. Nelson, safety committee chairman, National Academy of Construction.

“It is our obligation and responsibility to ensure the safety of all our workers and subcontractors,” said Gary Peak, director of Environment, Health & Safety at Mortenson. “At the end of each day, we want every worker to return home in good health. Our goal is zero injuries.” 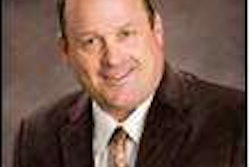 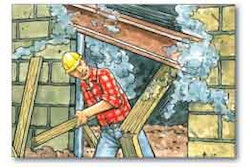 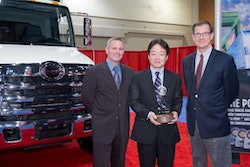