It’s no secret that GM’s midsize trucks helped push it to the coveted number one spot in overall truck sales. And now with the new 2019 Ford Ranger lineup expected to roll out early next year and Jeep’s midsize 2020 Gladiator coming shortly after that, GM has stepped up its game even more in hopes of staying king of the mountain.

We recently drove the four-wheel-drive Bison over tough terrain during a GM media event in Tonto National Forest in Arizona. One of the toughest tests? A rock crawling segment bent some tailpipes and scraped those boron steel skid plates, but otherwise the truck proved to be an agile and very capable climber.

Our Bison’s 2.8-liter Duramax turbo diesel exuded plenty of confidence throughout the trip. The four-cylinder engine (186-hp, 369 lb.ft. torque) paired up with a six-speed automatic transmission replaces an 8-speed that comes standard with the ZR2. A 3.6-liter V6 gasser is available and will spare the $3,500 upcharge for the diesel.

Bison’s 3.42 gears in the rear got plenty of work off-road while selectable front and rear locking electronic differentials were just within reach and made the ride even more interesting.

Besides the diesel powerplant, I keep thinking back to Bison’s suspension which proved especially responsive whether slowly crawling over large rocks or moving out fast over nasty washboard roads. Less jostling and jarring means a more impressive, enjoyable and confident ride.

While comfortable leather-appointed seats opened the door to luxury, bold AEV badging on the headrests remind you what the truck was built for—serious off-roading. 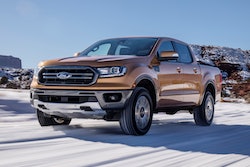 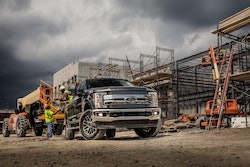 2019 Ford Super Duty recall may be smallest ever