While we’re not sure exactly what we’re looking at, Tweet czar Elon Musk assures us that it’s a teaser photo of his upcoming pickup.

Looks like it may the front clip with a narrow, illuminated light bar spanning the full width of the hood where it meets up with the grille or fascia or whatever he calls it. Indeed, there’s no mistaking the name of the truck. Musk calls it the cyberpunk truck.

It doesn’t look much like the first teased—and heavily maligned—image of the truck revealed in 2017.

As with the Tesla Semi, no one’s quite sure when Tesla’s pickup will be making its debut.

About a minute in, we flashed a teaser pic of Tesla cyberpunk truck pic.twitter.com/hLsGsdyuGA 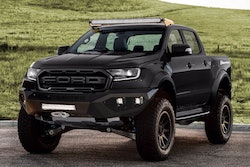 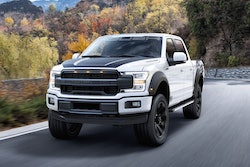 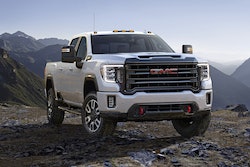