The U.S. Army is responsible for the largest order in JCB’s history, and to start 2017, it has placed another historic order with the U.K.-based heavy equipment maker.

The Army has ordered 1,600 light-capabilty rough terrain forklifts from JCB to be deployed for loading and unloading aircraft and shipping containers around the world.

The $142 million deal is second only in JCB’s history to the $206 million order the Army placed in 2005 for 636 high-speed backhoes, also known as High Mobility Engineer Excavators (HMEE). These backhoes can reach speeds up to 60 miles per hour, feature four-wheel drive and four-wheel steer and can travel inline with military convoys without the need to be hauled.

The subject of this latest order however is JCB’s new 527-58M forklift. Engineered from its Loadall telehandlers this machine will be produced alongside the HMEE at JCB’s North American headquarters in Savannah, Georgia. The 527-58M is powered by an 84-horsepower JCB DieselMax engine, has a travel speed of 20 miles per hour, a lift height of 19 feet and a maximum lift capacity of more than 5,000 pounds.

At 80 inches wide and 78 inches high, JCB says the machine is optimized for work in confined spaces and notes that the machine has been marinized, allowing it to work while wading and fording.

“We are proud that the U.S. Army has once again chosen JCB and its Savannah-based manufacturing facility to produce an extraordinary piece of specialized equipment. Over the past three decades, JCB has supplied more than 4,000 machines to armed forces in 57 countries, and we have acquired a deep understanding of how the Army uses equipment and the unique features needed,” says Arjun Mirdha, CEO and president of JCB North America.

“JCB now offers more than 300 ‘commercial off-the-shelf’ (COTS) solutions for the military. Being chosen to produce this military-specific forklift builds on the broad range of JCB products that can be modified to meet the most grueling military conditions,” added Chris Giorgianni, vice president of Product Support and Government & Defense, JCB North America. 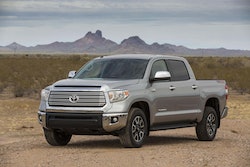 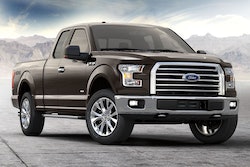 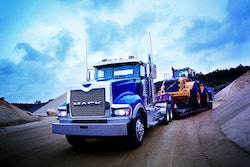