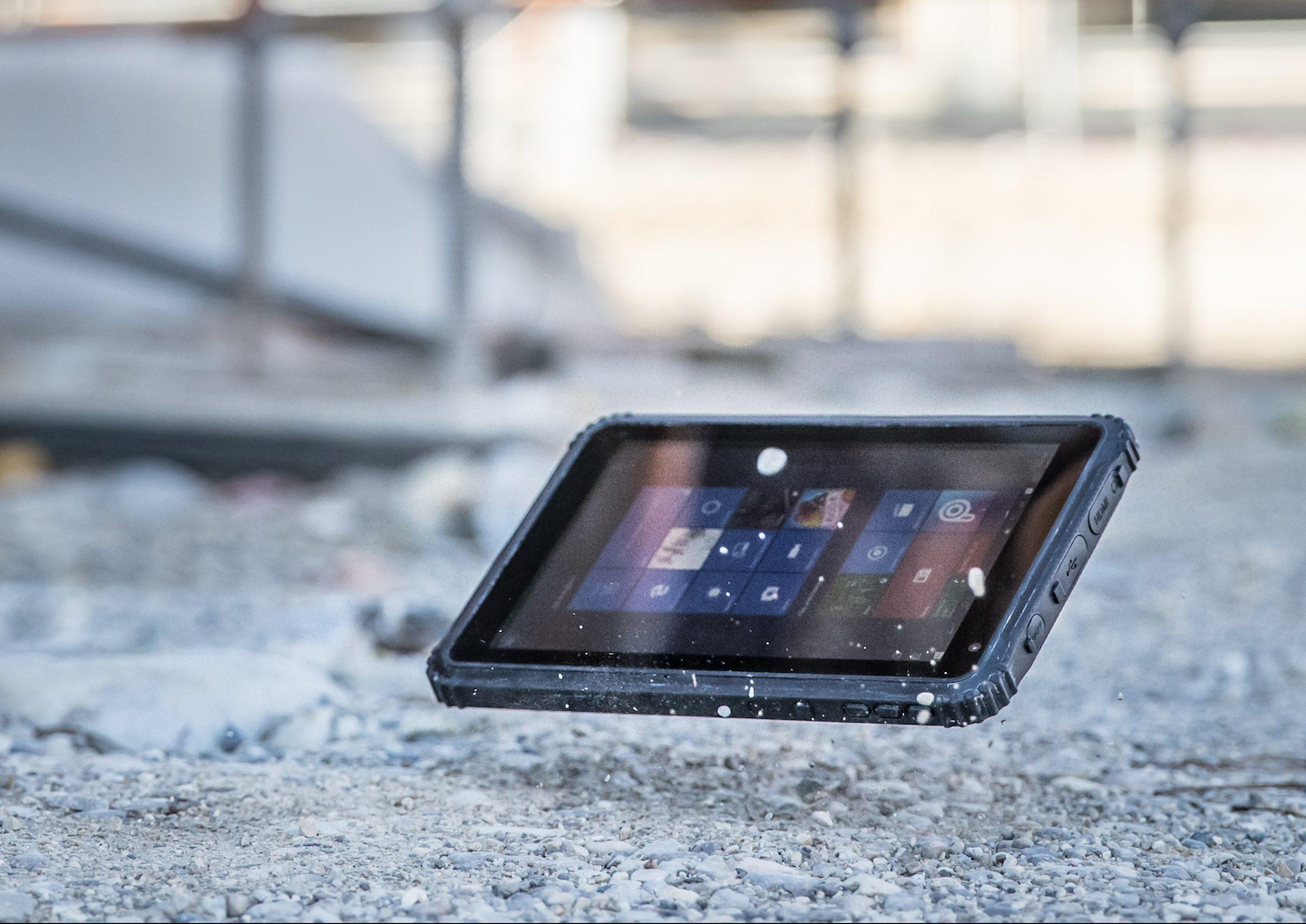 Cat has introduced its first rugged tablet, the T20. 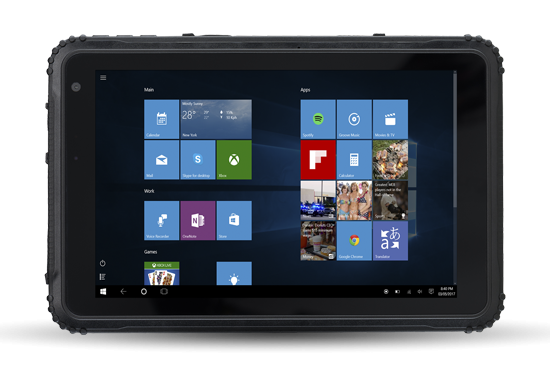 Caterpillar is again expanding its mobile technology lineup with the introduction of two new rugged smartphones and a first for the company: a tablet.

The Cat T20 features a rugged design that is IP67 certified, making it waterpoof for 30 minutes at a depth of more than 3 feet and able to withstand moisture, sand and dust. Plus, it can survive a drop from a height of nearly 6 feet.

The tablet runs Windows 10, has an 8-inch display and features a quad-core Intel Atom Z8350 processor clocked at 1.44 gigahertz. The processor is paired with a relatively paltry 2 gigabytes of RAM, but has a huge 7,500 mAh battery.

In terms of connectivity, the tablet supports WiFi and LTE connections and has both USB 3 and mini HDMI-out ports. You probably won’t want to use it for taking photos or video very often as the rear camera is only 5 megapixels and the front camera only provides 2MP of output.

There’s definitely a sizable market for a rugged and fairly portable Windows tablet. The inclusion of the USB and HDMI ports is a nice touch, but it remains to be seen how useful a Windows device with such a small amount of RAM and processing power will be. And it won’t be exactly cheap at around $760.

Moving on to the new phones, after introducing the S40 back in 2015, Cat has delivered that phone’s successor in the S41. 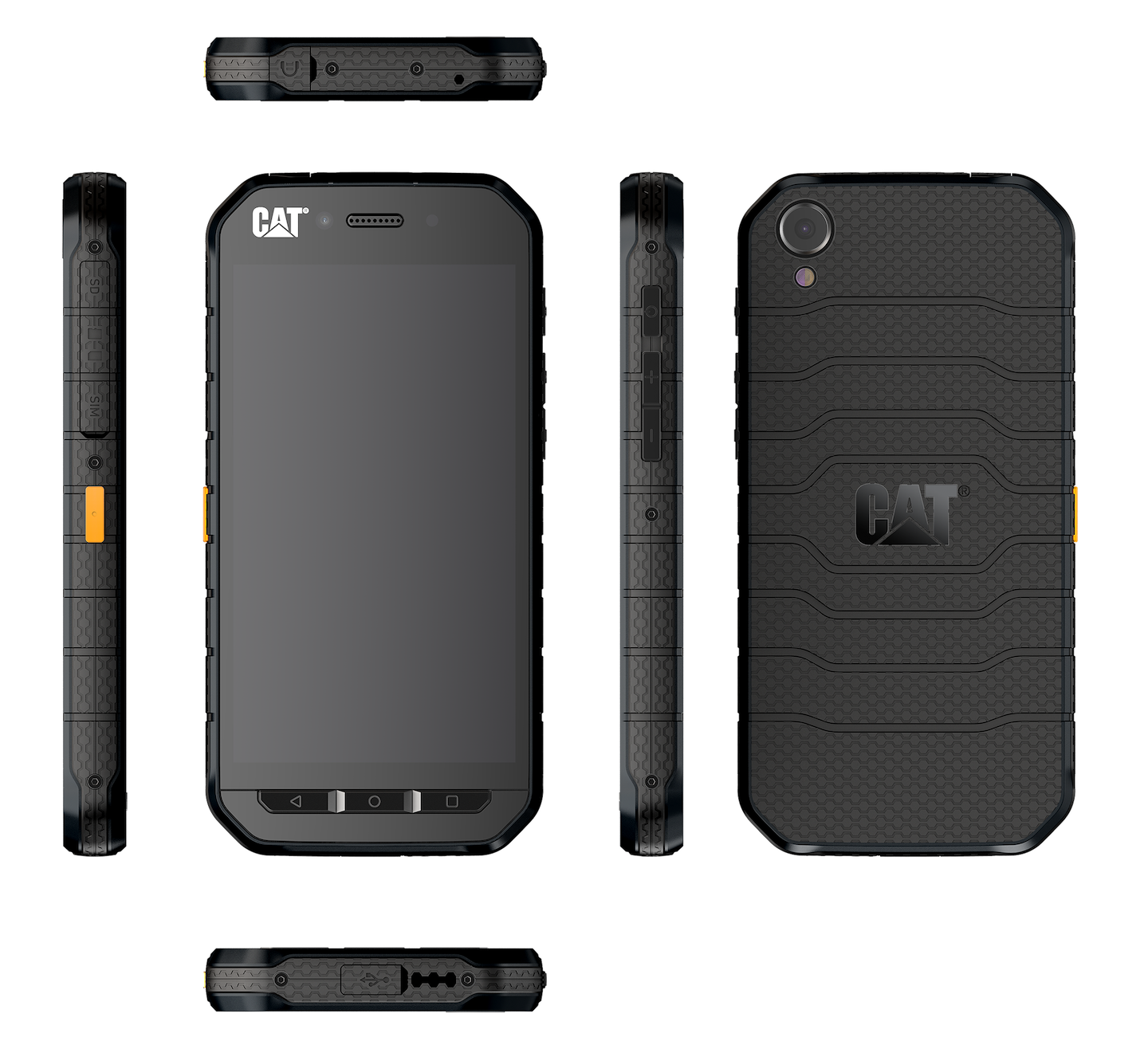 When I reviewed the S40 two years ago, I found the battery life and display brightness to be impressive. Performance was not as impressive, but with the S41 Cat may be delivering a phone better in every way.

The standout feature of this device is once again its massive battery. The 5,000 mAh battery provides so much power that you can actually connect other devices to the S41 and charge them and still have enough battery to power the phone for the rest of the day. For some, that feature alone may make the phone’s ~$530 price tag worth it. 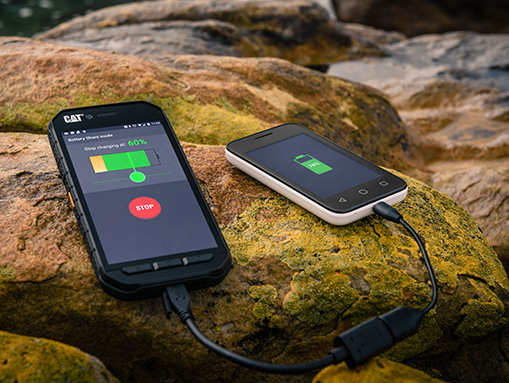 The S41 has such a big battery it can actually charge your other devices.

The S41 holds an IP68 rating and is water- and dustproof. It can also survive drops onto concrete at nearly 6 feet. The phone will run the current version of Android, Nougat, and features a fairly stout (for the price) eight-core 2.3GHz processor paired with 3GB of RAM. It features 32GB of storage which is expandable up to 2 terabytes via the microSD card slot.

The display is 5 inches and can be used with wet fingers or gloves. The S41 packs a 13MP rear camera and an 8MP shooter in the front. 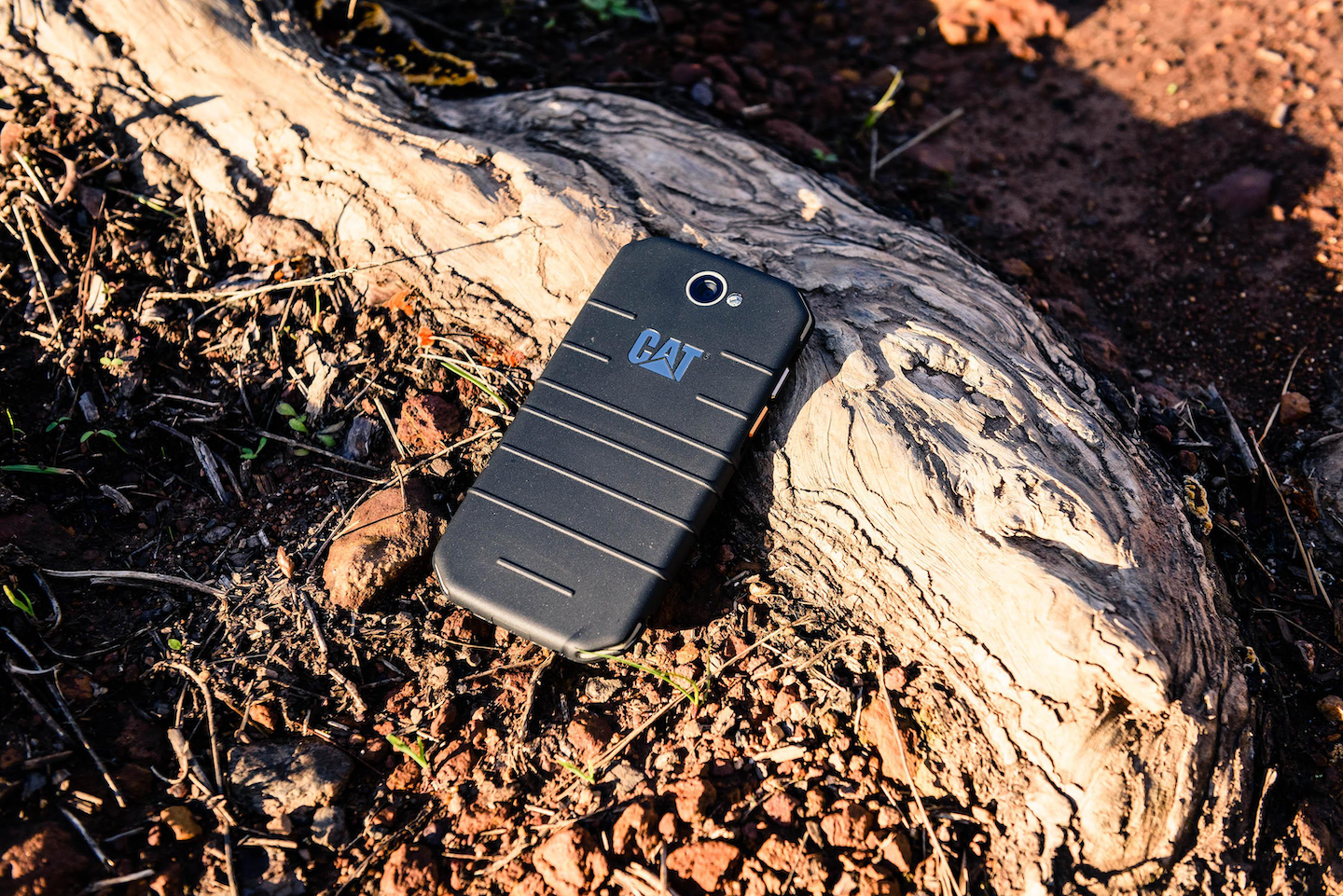 The final device Cat announced is the S31. Priced around $386, this one is even more budget friendly but still features the IP68 ruggedized rating. It boasts a 4,000 mAh battery, 4.7-inch screen, Android Nougat, a quad-core 1.3 Ghz processor, 2GB of RAM and 16GB of expandable storage. Don’t expect much from the cameras however as they’re specced at only 8MP in the rear and 2MP in the front.

The S41 is available for order now through catphones.com. The S31 will be available later this year while no timeframe has been announced for availability of the T20 tablet.