This morning in New York City, Research in Motion (which has re-named itself simply, BlackBerry) announced two new business-friendly BlackBerry devices that will run on the company’s new BlackBerry 10 operating system.

The Z10 is an all-touch device while the Q10 features a physical QWERTY keyboard for those who like a little reassurance beneath their thumbs.

The Z10 features a 4.2-inch display with a resolution of 1280 x 768. That makes for a pretty impressive pixel density of 356 pixels per inch, which should make for very smooth text rendering. The Z10 is powered by a dual-core 1.5 gigahertz processor and has 2 gigabytes of RAM and 16 GB of storage space. That storage space can be expanded to up to 48 GB with a microSD card.

The Q10 has a 3.1-inch touchscreen that rests above its keyboard. The display has a resolution of 720 x 720. In terms of other specs, very little info was given by BlackBerry during the official announcement.

The Z10 will be available in the U.S. on all four major carriers in mid-March for $200 on contract. Pricing has not yet been announced for the Q10 but you can look for it to launch in April.

Though great, exciting devices are something the BlackBerry platform has been missing, what will be key to whether the company survives to fight on against Apple and Google is the success of its new operating system (OS) BlackBerry 10.

The BlackBerry OS has felt outdated for years, but the company’s latest software looks to leave that behind it and has eschewed the frustrating interface of old that felt best navigated with a trackball, and has replaced it with an OS navigated largely by gestures.

They call it BlackBerry Flow. The company stressed that they feel using a home button to get in and out of apps is a cumbersome and outdated experience. Instead, users of BlackBerry 10 flow from one app to another by swiping up and tapping the next app they would like to view. The demonstration BlackBerry gave Wednesday was buttery smooth and looks to be a much faster way of navigating a device.

Flow looks to create a pretty immersive experience that allows you to concentrate on whatever it is you’re doing without having to worry about finding apps in a grid. But what if you get a text message, email or other notification?

To preserve that immersion in the task at hand, swiping to the right and holding down on the screen reveals a feature called Peek which allows you to see how many emails, BlackBerry Messenger alerts, texts, Twitter, Facebook, LinkedIn etc. notifications you have waiting for you. If you keep swiping right and let go, you’ll enter what’s called the BlackBerry Hub.

The cool thing about Hub is that it’s a one stop shop for all of your messaging. All of your notificaitons and messages are aggregated into one list from which you can reply or create new messages. Calendar events are a swipe down away within Hub and even Facebook is tightly integrated, allowing you to accept friend requests without ever exiting the Hub. It’s a pretty novel concept and one that could become a big seller for the company especially among business users.

Another cool Hub feature? It pulls in photos and other information from LinkedIn, meaning if you have a meeting with someone, you’ll know a bit about them beforehand and won’t have to “stumble around a coffeeshop,” as BlackBerry put it, looking for them before that meeting.

And even if you don’t go with the Q10 and a physical keyboard, BlackBerry has brought gestures to its new touch keyboard, allowing you to type with one thumb.

Now, this isn’t like Swype on Android devices where you swipe between letters and forming words. Tapping and holding on a key brings up a prediction of the word you want to type. If it’s the right one, just swipe up and it places it in whatever message or note you’re composing.

BlackBerry 10 predicts words by learning how you type over time through analyzing your emails, text messages, ect. That means as the device becomes accustomed to how you phrase things, the predictions will get better and better.

The gestures extend to other more tedious areas of typing as well. To backspace, swipe left. To choose a symbol or punctuation, swipe down. Typing with one hand is something that’s not fun on any current device, but BlackBerry may have just made that experience much better.

Another feature of BlackBerry 10 business users should get a kick out of is BlackBerry Balance. With a swipe down from the home screen, two options appear: Personal and Work. Once tapped, the device basically reconfigures itself for use at either home or work.

During the demo Wednesday, apps present on the home screen changed, settings changed and even the wallpaper on the phone changed. All of this allows you to quickly access what you need no matter what you happen to be doing. BlackBerry said it’s a more secure solution than having a phone for work and a phone for home and that IT managers should be very happy with it.

Finally, the new version of BlackBerry Messenger now handles both voice and video calls, something the 60 million BBM users should be very happy about. That means you’ll actually be able to not only eschew text messaging for free IMs to another BBM user, but also voice calls and video chats.

In recent years, third-party apps like Facebook and What’s App have duplicated what BBM did best and made it available on any phone whether it’s an iPhone or Android device. Apple has its own proprietary messaging service called iMessage and another for video chats called Facetime.

And while Facebook and What’s App are without video chat, and Apple’s solutions are separate apps, BlackBerry’s (like the Hub discussed before) is a unified solution offering all lines of communication in one place. BBM on its own has kept millions of users faithful to BlackBerry despite the allure of much better devices and operating systems and it looks like they’ve been rewarded for that patience here.

More good news for those sticking with BlackBerry or considering the switch back? These new devices and BlackBerry OS 10 will launch with 70,000 apps available in the BlackBerry World app store. On the surface it looks like a quality of selection of movies, books, games and productivity apps too.

They’ll really need to continue a focus on providing good content if they want what looks to be an exciting new OS and platform competitive. 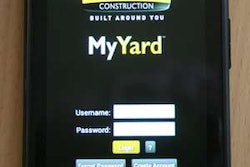 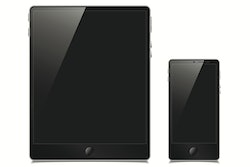 Do you use tablets or smartphones on the jobsite? 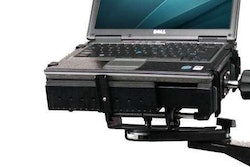