The Colorado Department of Transportation (CDOT) and the Regional Transportation District (RTD), in partnership with local governments along the corridor, began construction of the $312 million multi-modal project along US 36. CDOT’s largest current construction project will reconstruct and widen 10 miles of US 36 between Federal Boulevard and 88th Street in Louisville/Superior to accommodate one High Occupancy Vehicle/tolled Express Lane in each direction. The new lane will provide for Bus Rapid Transit (BRT), which will use the improved infrastructure to provide faster, more reliable service, as well as other improvements along the corridor, ultimately to provide additional options for commuters.

“This project leveraged federal, state and RTD funds as well strong partnerships to make it a reality and is a model for future transportation projects as it’s an example of how governments at all levels should collaborate for the good of the public,” said Colorado Gov. John Hickenlooper said in a press release from CDOT. “When this project is complete, we will have an improved transportation system that will benefit this economically-diverse corridor as well as the thousands of motorists who utilize US 36 on a regular basis.”

US 36 opened to the public 60 years ago in 1952 and the highway now carries between 80,000 and 124,000 vehicles a day. As a result of these improvements, the corridor will evolve into a 21st Century transportation system.  In addition to the Express Lane that will accommodate HOVs, BRT and tolled Single Occupancy Vehicles, the project will replace several bridges, build a commuter bikeway and add BRT improvements. Intelligent Transportation Systems (ITS) for tolling, transit, traveler information, and incident management will also be installed to help alert motorists of lane closures due to accidents or construction so that they can make informed travel decisions.

“The innovations being employed on this project are a first for Colorado,” said Don Hunt, CDOT executive director, in the CDOT press release. “We are excited about the future of the US 36 corridor and what these improvements will mean for those who live and work along the highway as well as for the occasional travelers. More transportation options mean less time sitting in traffic.”

From the funding of the project to the project elements, the US 36 Express Lanes project has many innovative features, including:

The multi-modal facet of the project is also an innovation. The project will provide multiple travel choices to users whether they choose to drive alone, carpool, bike or take BRT.

“RTD is proud to be a part of this project and excited to bring BRT as a new class of service to commuters along US 36,” said Lee Kemp, RTD Board Chair.

The Ames Granite Joint Venture team is the design-build contractor for the project, which will open to the public in January 2015.  CDOT, the Federal Highway Administration and RTD are funding the $312 million project: 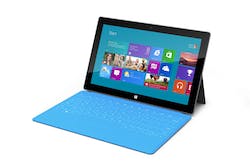 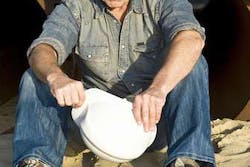 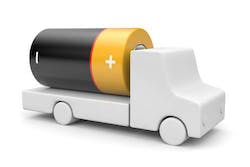 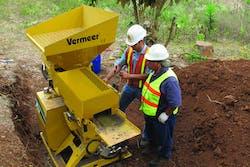