Giving a second life to a favorite piece of equipment

In today’s tough economy, not all contractors are confident about committing to the purchase of a new machine. Buying used equipment is one option. But what do you do if you can’t find a used replacement for the most dependable machine in your fleet, a machine your operators know and love, one that has delivered bankable results for years?

For compost and recycling contractor Hawaiian Earth Products, that machine was their Volvo L220E wheel loader. But after 14,000 hours, typically the end point in a machine’s first lifecycle, the company was facing a tough decision. After penciling out the numbers, they decided to refurbish rather than replace the L220E, and they shipped it to the West Coast where the work was done by Clyde West Equipment in Seattle, Volvo’s Certified Refurbishment Center in the Pacific Northwest.

Volvo’s refurb program is dealer based, a “bottom- up program as opposed to top down,” says Kevin Stock, product manager for Volvo Construction Equipment. Local dealers know the local customers, applications and conditions and are best suited to guide the machine’s owners through the many decisions involved, he says.

The process starts with a thorough inspection of the machine. “The Volvo Care Inspection is used on every machine that goes through the process,” Stock says. It starts with a test run/performance check and includes tests and inspections of all the major systems and components – electrical, hydraulic, engine, brakes, steering frame and cab.

“A lot of our customers have said they didn’t expect such a thorough inspection before the process begins,” Stock says. “But this is a key element. We want to be upfront with the customer and explain what is included.” The inspection can also uncover smaller problems the customer may not have realized he had, and it gives him the opportunity to fix them all at once at a lower cost, than if he were to fix them one by one during a longer period of time.

At the core of the refurbishing process is a replacement of the engine and transmission with factory reman parts. “We call it a driveline refurbishment, and it also includes all the seals and bearings on the drivetrain, the axles, planetaries, U-joints. These all get inspected and changed out at the same time,” Stock says.

Brakes, however, are replaced only if they need it. “To throw out components when they still have 70 percent life in them doesn’t make sense,” Stock says. “The same holds true with a lot of the gears in the machines.” These decisions are made on a case-by-case basis, he says.

Likewise for the hydraulics. “If the customer decides he wants all his hoses and specific pumps changed out, that can be done as an add-on to the basic program,” Stock says. “Some want all of their hoses changed, some just the high-pressure hoses. Any hoses specific to the driveline and radiator are changed as well.”

The inspection also looks at the boom arm, kingpin, bucket, and the pins and bushings and bearings that support it all. The customer is invited in to see any wear or damage that’s been found. This eliminates surprises and allows for discussion and approval of the repair options, Stock says. “A key component in the process is the communication between the dealer, the customer and the technician performing the work,” he says. Dealers have to be certified by Volvo to participate in the program, and part of that certification is determining how well the dealer will communicate with the customer.

With the new driveline components, you’ll also get all the upgrades to the engine and controls. You can also add a DPF if that helps you with air quality regulations. Additionally, there’s an opportunity to work in things like an additional transmission oil cooler if your applications warrant it.

The final part of the process is cosmetic – repainting and re-decaling the machine and refurbishing the cab. The importance of this should not be overlooked, Stock says. Even if you mechanically restore the machine, if the seats are torn and the cab is dirty and beat up it can be a bit of a downer for the operator who works in it eight to 10 hours a day. But a new seat and a refreshed cab with a new-looking machine gives the operators a boost, he says. In many cases the machines brought in for rebuilding are those that were well taken care of to begin with. So it only makes sense to promote that pride of ownership with a refurbished cab and paint.

After the clean-up, customers are often pleasantly surprised. “We’ve had customers say, ‘hey you brought us the wrong machine,’” Stock says. “And to the operators, that’s important. You need to take care of that operator and he needs to feel like he’s got a new machine when it’s delivered to him.”

Operator preference can play a big role in deciding whether or not to take the refurb route, Stock says. If he’s familiar with the machine and has a lot of seat time in it, he won’t have to go through a learning curve on a new or different machine. You’ll maintain productivity or even see it increase some with a more robust engine and driveline.

Stock says the wheel loader refurbs should take no longer than eight weeks. Price is about 45 percent of the cost of new. The warranty is the same as new: 1-year/1,500 hours on parts, 1-year/2,500 hours on drivetrain specific parts and reman components.

(For an alternate take on this particular rebuild, check out the story on Volvo’s website at https://www.volvoce.com/united-states/en-us/.) 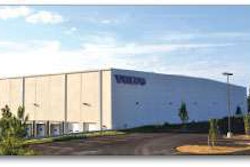 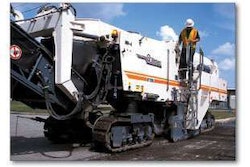 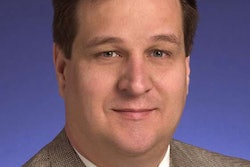