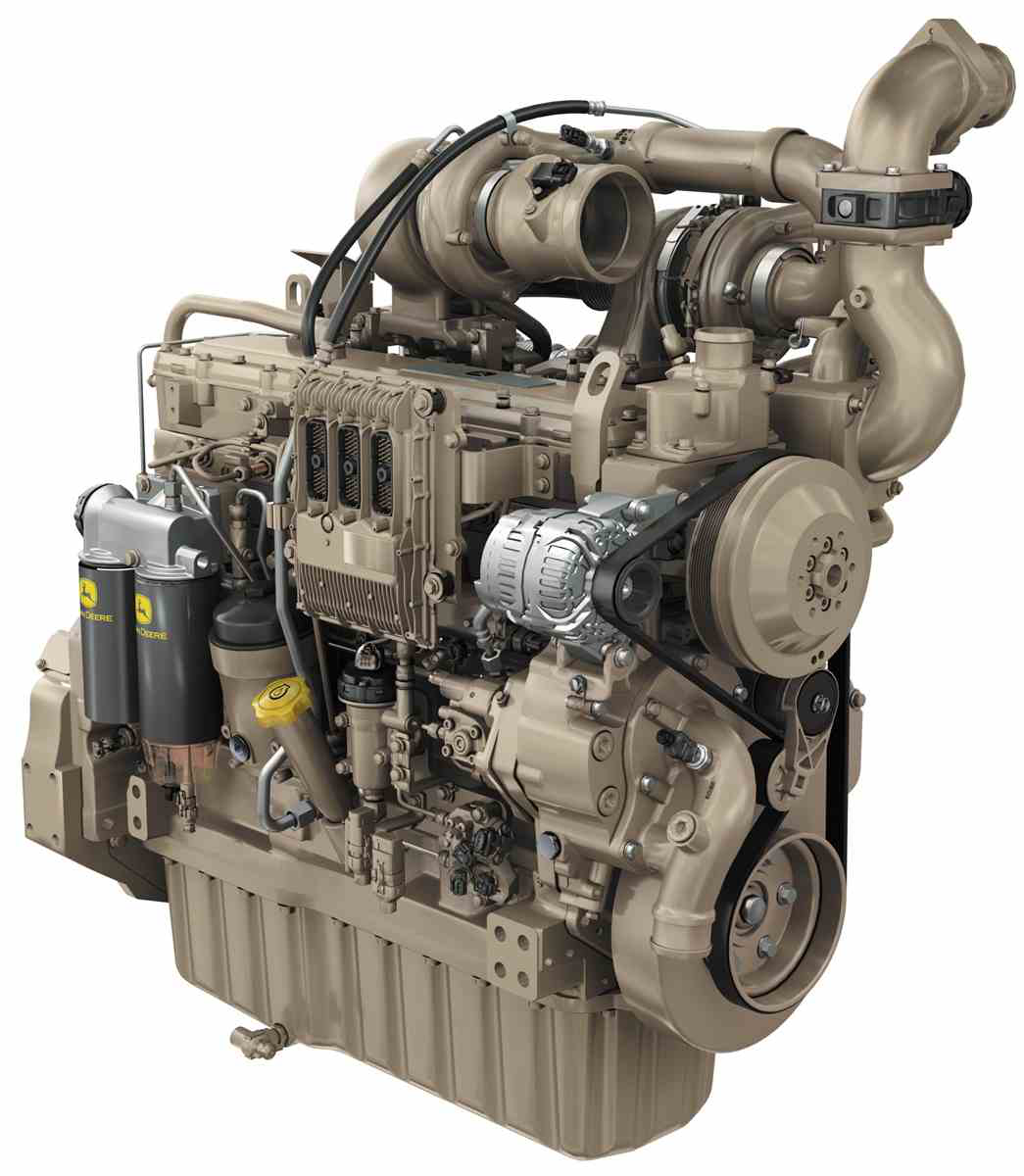 For engines 56 kW (75 hp) and above, John Deere will start with its PowerTech Plus Tier 3/Stage III A in-line, 4- and 6-cylinder engine platform — which includes cooled exhaust gas recirculation (EGR) for NOx control — and add an exhaust filter for reducing PM. These engines will feature full-authority electronic controls, a four-valve cylinder head, a high-pressure fuel system, turbocharging and an air-to-air aftercooling system.

Engines between 56 kW (75 hp) and 129 kW (173 hp), will be available in 4.5L and 6.8L displacements and will be equipped with either a wastegate or variable geometry turbocharger depending upon the size of the engine.

Compared to John Deere’s larger engines, models between 56 kW (75 hp) and 129 kW (173 hp) will feature smaller exhaust filters that can be engine-mounted or remote-mounted for increased flexibility. Engines in this power range will use an in-cylinder dosing system, while John Deere’s 130 kW (174 hp) and above engines use an external dosing system.

Engine models and ratings include:

John Deere was the first engine manufacturer to widely commercialize cooled EGR and variable geometry turbocharger (VGT) technologies in off-highway applications, introducing them in 2005 with the start of Tier 3/Stage III A regulations. Since then, John Deere asserts that it has accumulated significant operating hours with these technologies in off-highway applications and has established a proven field record of reliability.

“Our lineup of John Deere Interim Tier 4/Stage III B engines will deliver the performance, reliability, durability and low operating costs our customers have come to expect from our engines,” said John Piasecki, director of worldwide marketing, sales and customer support for JDPS, in a press release.

“We achieved best-in-class fuel economy with many of our Tier 3/Stage III A engines. Other engine manufacturers are just now announcing the use of these technologies in their off-highway Interim Tier 4/Stage III B product offerings,” Piasecki said.

In choosing a solution for Interim Tier 4/Stage III B, John Deere elected not to use selective catalytic reduction (SCR). John Deere’s cooled EGR and exhaust filter approach provides OEMs and end-users a proven solution with the best total fluid economy. The single-fluid approach of cooled EGR means owners and operators won’t have to incur the cost of diesel fuel plus the additional cost for diesel exhaust fluid (DEF) required by SCR systems. “For Interim Tier 4/Stage III B, we’re not only looking at fuel economy, we’re taking into consideration total fluid consumption,” Piasecki said.

Also, operation of John Deere’s cooled EGR solution does not require operator intervention. The operator doesn’t have to deal with the cost and hassle of a second fluid. SCR may be an appropriate technology for the future, when the technology is more developed for off-highway applications; however, it is not necessary for Interim Tier 4/Stage III B.

“The cooled EGR and exhaust filter technology approach provides a simple and proven solution requested by our customers,” Piasecki said. “We believe cooled EGR provides our customers with the best value for Interim Tier 4/Stage III B.”

John Deere has optimized the package size for its Interim Tier 4/Stage III B engines. All John Deere’s engines with cooled EGR and an exhaust filter will require space similar to the Tier 3/Stage III A engine and muffler they replace.

John Deere is one of the few manufacturers that designs both engines and their own construction, forestry and agricultural machines, providing them with unique expertise in integrating and servicing the engine, drivetrain, exhaust filter, cooling package and electronic control unit (ECU) for optimized efficiency. This integrated process maximizes performance, operator convenience, fuel economy and overall value for John Deere machine owners as well as John Deere OEM customers, according to the manufacturer. 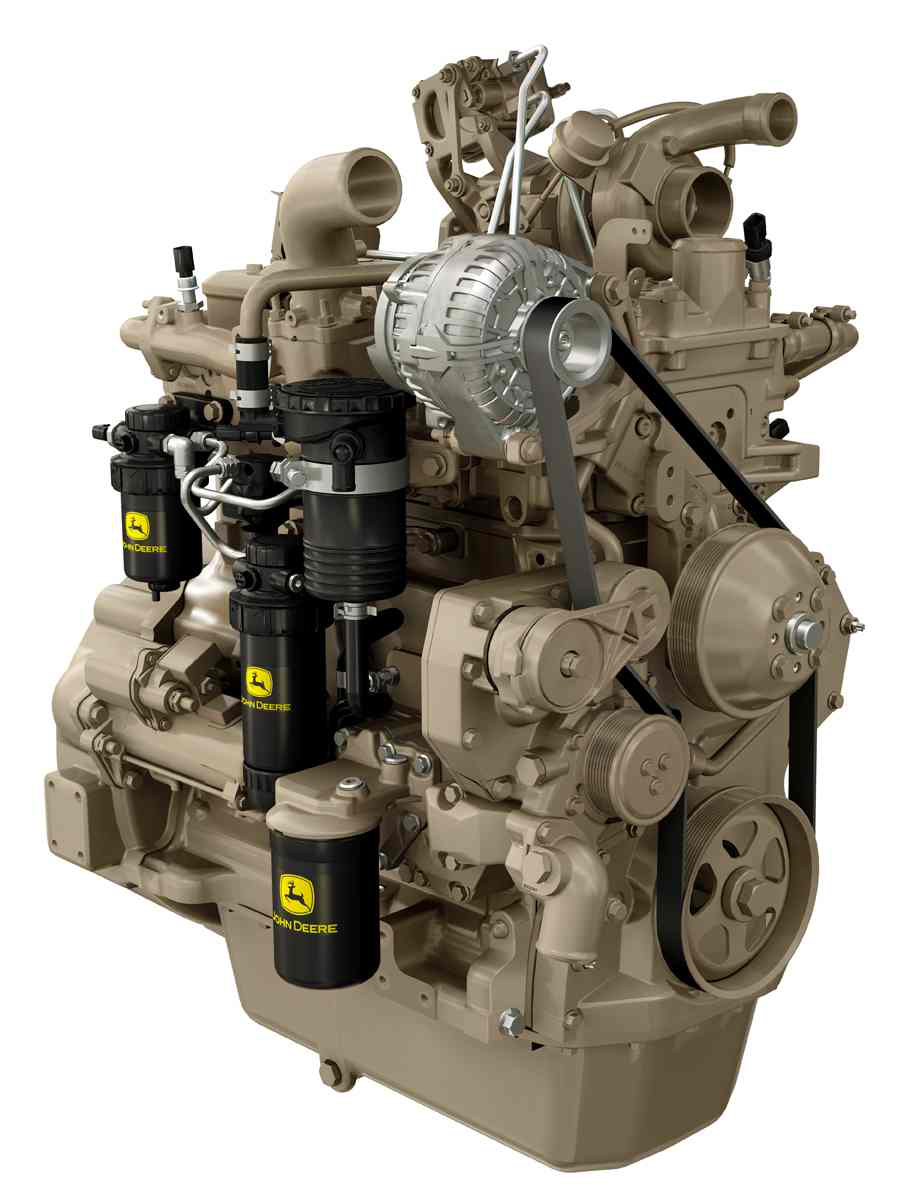 Engine models and ratings in this power range include the following: 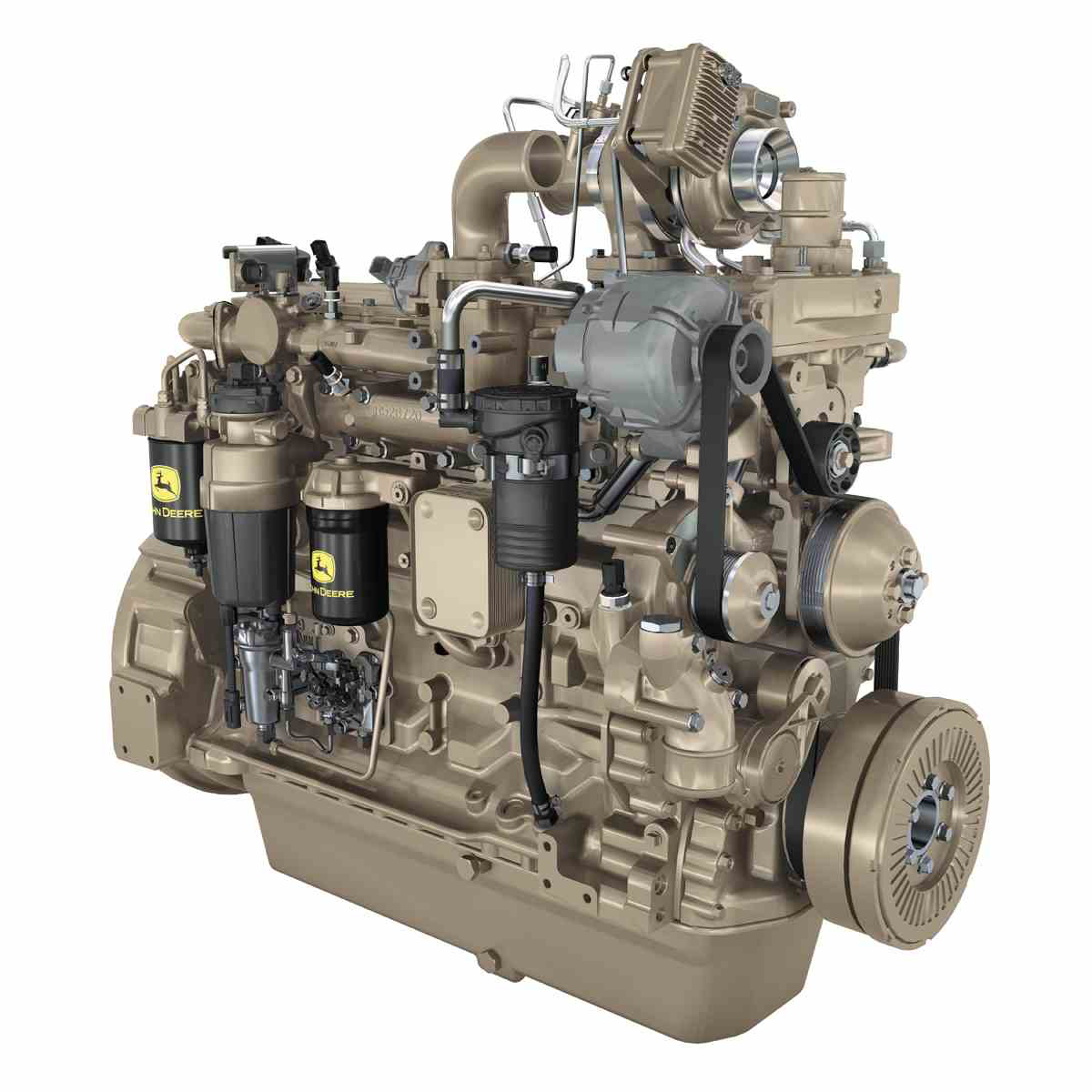