A fraction of the story

For all its ramifications, this month’s report on California’s now-postponed off-highway emissions rules is only a fraction of the story.

When it comes to the state’s construction equipment fleets, the off-highway rule is one part of a many-headed Hydra. Also in the California Air Resources Board rulebook are regs pertaining to portable equipment (which covers gen sets, air compressors, pumps, etc.) and on-highway trucks. It’s a rare contractor who doesn’t have examples of all three types – off-highway, on-highway and portable equipment – in his or her fleet.

Under the Portable Equipment Registration Program, for example, owners voluntarily register their portable equipment and eventually put it out of circulation. The rule is designed to allow owners to operate statewide – for a period of time – the equipment they’ve registered without getting a local air district permit. Like many governmental programs, the process is fraught with aggravations. Rental fleets have been particularly hamstrung by its recordkeeping requirements. “Trying to track a towable rental every single day is near impossible,” wrote one rental company in public comments when CARB recently looked at the rule.

And contractors who own Class 4 and higher trucks – I’ve only met a few who don’t – are facing the truck and bus rule. This rule requires owners to install diesel exhaust filters on their rigs by Jan. 1, 2011, with nearly all vehicles upgraded by 2014. (CARB is expected to allow more flexibility in this rule after a board meeting this month.) The truck and bus rule, however, is just the beginning when it comes to California truck emissions oversight, which includes regs for greenhouse gas reduction, idling reduction, emission control engine label inspection and periodic smoke inspection.

You can’t roll your eyes and dismiss this as a purely California problem.

A public comment made by Steven Concannon, San Diego regional manager for contractor Pavement Recycling, illustrates the double whammy contractors face when complying with just two of these rules: “This new (truck and bus) regulation,” writes Concannon, “would cost us an additional $1 million per year due to a mandated accelerated rollover schedule for trucks which are well underutilized, but not enough to qualify for low use as currently written. The one million dollars per year (is) on top of the half million dollars it is costing our employee/share holders in accelerated repowers, replacements and retrofits to comply with the off-road measure.”

You can’t roll your eyes and dismiss this as a purely California problem. This month, EPA will conduct a public hearing on California’s off-highway rule waiver request. If eventually granted, this waiver would allow your state to adopt the Golden State’s rule in total. To get a taste of life under these rules, just turn to page 17. EW 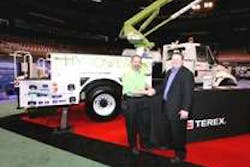 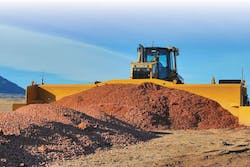 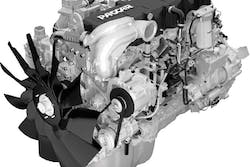 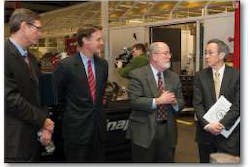