David Alligood learned at a young age how to repair machines.

His father is a welder and fabricator and instilled in Alligood a simple philosophy.

They always had a project in the works – dirt bikes, go carts, lawn mowers, cars.

In high school, Alligood worked for one of the leaders of Florida’s junior drag racing circuits and would help work on his dragster. That became a springboard to a career as a technician after his boss paid for him to go to Manatee Technical Institute. He was a quick learner, completing the three-year automotive service technology program in two years.

After four years as an auto technician, Alligood joined Manatee County’s heavy equipment fleet, where he has spent the past 13 years. A senior fleet technician and supervisor, he has earned the respect of his peers and managers for his hard work, ingenuity and professionalism. He’s also saved county taxpayers lots of money and proved able to solve whatever problems come his way.

For that reason, he won the 2020 Technician of the Year Award from the Association of Equipment Management Professionals. The honor goes each year to “the individual who exemplifies the heavy equipment profession’s best technician.”

“David is an asset to us here at Manatee County fleet, because he is just such a good worker, and he knows what needs to be done,” says Tracy Brooks, maintenance operations chief. “He will drop everything to make sure the equipment gets fixed and we can do what we need to do for the county.”

From cars to compactors

Alligood loves a challenge, so moving from the auto world to heavy equipment suited him.

“The bigger job might be harder, but when you’re done with the job, you feel accomplished,” he says.

From cars and trucks, he advanced to 120,000-pound landfill compactors, which stand 15 feet tall and run on 560-horsepower diesel engines. He also works on excavators, off-road dump trucks, dozers and all types of construction equipment. The county has an inventory of 170 pieces of equipment, and Alligood helps keep it running. He even works on the smaller pieces, such as pickup trucks, lawn mowers and golf carts.

Two compactors and other heavy equipment run 10 hours a day, six days a week at the landfill. “They really put these machines through the ringer,” he says.

He supervises two younger technicians and teaches a proactive rather than reactive approach.

“For the most part, it’s all maintenance,” he says, “or if it’s in for maintenance and we find hoses that are questionable for hydraulics, or something electronic isn’t working right, we fix it in the shop.”

He uses telematics to stay updated on preventive maintenance and machine location. It also helps when heading out on service calls.

“They’ll call and say, ‘Hey, I got a service code,’” he says. “I look it up and get an idea of what’s going on before we leave, because you can never put enough stuff in the truck to do the repair. We try and make it a one-, two-trip repair if we can.”

His proactive approach also shows in his supervisory style.

“As a supervisor, I don’t just sit behind a desk all day,” he says. “We do our paperwork we have to do, and then I hit the floor, trying to either do jobs on my own or help the guys out.”

Though all his customers are fellow county employees, he treats them as he would want to be treated if he were taking his car to a repair shop. That means keeping them updated and helping to find parts quicker.

“I just try my best to make the repair as fast as I can,” he says, “and have good rapport with who I’m working with, whether it’s supervisor level up or it’s the operator.”

During his 13 years with the county, Alligood has implemented ways to save hundreds of thousands of dollars.

Working with a local dealership, the county sends its heavy-use equipment in for refurbishment rather than buying a new machine when it reaches 8,000 hours, which occurs every four or five years. A new landfill compactor costs over $1 million, but refurbishment costs about $750,000.

“We’re reusing our existing framework and then putting all rebuilt components back in – repaint it, new nuts, bolts, hardware,” he says. “For an exceptionally lower cost, you still have a machine that has two or three life cycles left in it.”

At one point, Alligood noticed the undercarriages on the county’s dozers were wearing out too soon. He discovered operators were overusing high gear and helped implement a training program for the operators. The result has been fewer repairs, increased savings and longer equipment life.

The county’s fleet manager, Matthew Case, who nominated Alligood for the award, says Alligood has also enabled the county to do a lot of work in-house that it had been outsourcing. “David is one of those guys that developed a way to control costs, save costs and actually insource that.”

The two technicians Alligood supervises graduated from the same technical college he did. He sees the relationship as mutually beneficial.

“The newer generation is helping us older guys,” he says. “We can teach them the basics of how things work.” And the younger techs have been recently trained in technical college on the latest computer advancements.

“There’s a lot of IT involved,” he says. “We’re almost like a computer engineer.”

Alligood stays up to date on the equipment by attending training seminars and by self-study. He recently completed AEMP’s Equipment Manager Specialist certification and has a variety of certificates, including ones from equipment manufacturers and the National Institute for Automotive Service Excellence.

He passes along his knowledge to younger techs, especially when it comes to doing the job right the first time

“Never rush your job,” he tells them. “Pay attention to detail.”

It’s a lesson he learned from drag racing that has stayed with him through the years. A simple overlooked mistake caused him to have to rebuild an engine twice on his sister-in-law’s race truck. It taught him that making one small mistake by not paying attention can lead to costly problems. Catching the error and fixing the engine also boosted his confidence.

“Since then, I’ve put together a handful of engines for different people with no problem,” he says. “That was an accomplishment for me that was good young in my career to give the confidence to continue to do things and grow.”

Along with working his day job at the landfill maintenance shop, Alligood spends his evenings at the Bradenton Motor Sports racetrack helping to keep his in-laws’ hot rods running. If he’s not doing that, he’s likely helping a friend or relative who has car troubles.

Does he ever get tired of working on machines day and night?

He sees the extra work as a way to stay on top of industry changes. It also keeps him sharp.

“If we have budget deadlines where we have to crunch a ton of numbers and I’m stuck in the office all week, you almost feel like, am I going to forget something? Is it a use-it-or-lose-it kind of deal?”

Besides that, he loves what he does.

“I like the accomplishment, helping people,” he says. “I get enjoyment out of it.” 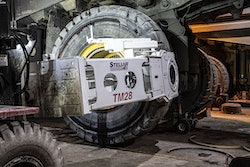 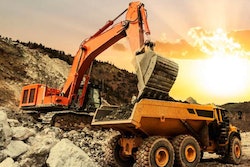