It’s sadly ironic that today marks both the 1,000th day the United States Congress has failed to enact a highway bill (see below) and the 64th anniversary of the beginning of the Berlin Airlift.

The contrast between the can-do men and women of June 26, 1948 and our current crop of can’t-do politicians could not be more stark.

The Berlin Airlift began three years after the end of WWII in response to the Soviet Union’s blockade of the war battered German capitol. By choking off shipments of food and coal, the Russians were hoping the Germans would lose faith in the Allies guarding the western side of the city.

What they didn’t count on was the intelligence, solidarity and will of the American and British forces in Berlin and West Germany and our president and state department back home. On June 26, 1948, seven days after the Soviets shut all road, rail and waterway connections to Berlin, American and British airplanes started flying supplies to the besieged city.

Our vets got out their slide rules and figured out to the calorie, how much food it would take to keep a person alive (1,700 calories per day) and how much coal it would take to keep them warm and they started delivering it by military cargo planes 24 hours a day, 7 days a week. The calculations worked out to a plane-load every four minutes at first, and then as they perfected the process, a plane every three minutes; dangerous flying in any circumstances.

There were terrible problems at first. Nobody had ever attempted an air resupply mission on this scale before. Scheduling and maintenance problems had everybody  up in arms, but our troops and their leaders and our elected officials in Washington just kept pushing forward, getting better and learning every day.

When Berlin’s two airports proved incapable of handling the constant pounding, German women built a third landing strip, working around the clock for 90 days–mostly by hand.

The planes went around the clock for the next 15 months. The Soviets gave up their blockade on May 12, 1949, but the Allies kept flying until the end of September just to make sure the city was well supplied in case of any further Soviet action. They said it was impossible and we did it anyway.

The Berlin Airlift and WWII before it taught a generation of young Americans a process we now call logistics–how to bring together massive quantities of materials, manufacturing and people and use them to solve seemingly impossible problems. The men who learned these lessons in the 1940s went on to found some of our biggest and most enduring corporations, companies like IBM, Xerox and Hewlett Packard.  And one of the great logistical geniuses to emerge from this generation, Dwight Eisenhower, spearheaded one of the most peaceful and prosperous decades in our nation’s history. During Ike’s eight years as president personal income rose 48 percent, school construction increased 46 percent, nine-million new homes were built and the interstate highway program was  launched.

By comparison, today’s politicians seem small and conniving. We can’t get a budget out of them, we can’t get a highway bill, they can’t guard our borders or manage the economy and every disagreement ends up in the Supreme Court.  If you work in construction, you know how to get things done in the physical world.  Rocks, dirt and concrete don’t move themselves.  But with the economy on the skids, shop classes closing and the inability of the government to fund infrastructure programs, this combination of brains and brawn is in short supply.

If we can’t do much about the present, we should at least not forget the past nor fail to draw inspiration from it. America still has plenty of great people and great leaders. It’s just most of them have been driven out of the public sphere. Perhaps someday we’ll again have political leaders leaders worthy of the history and character of the American people. Just not today. 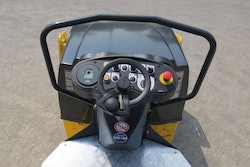 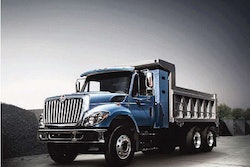 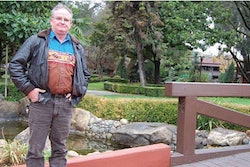