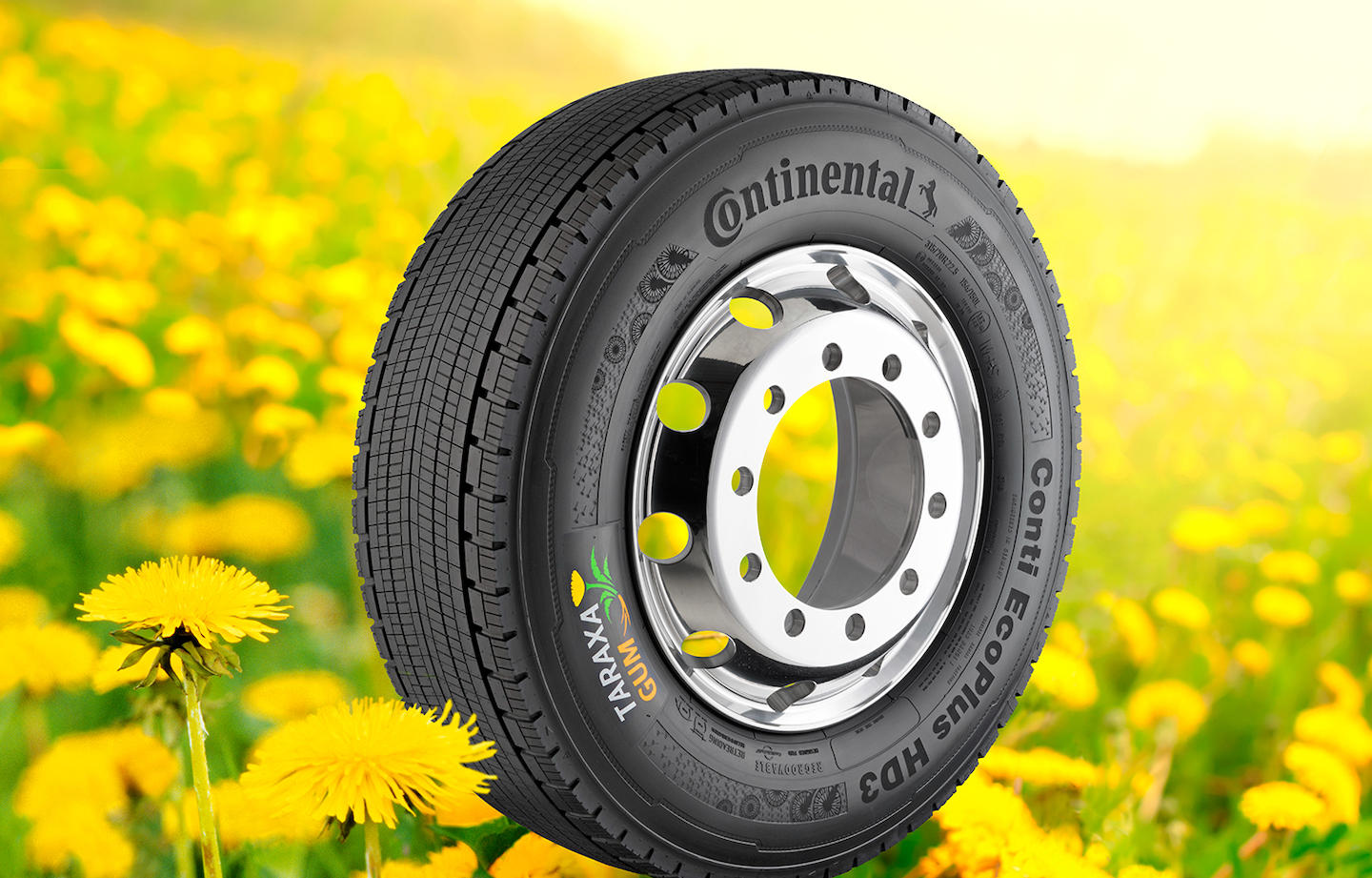 Continental’s prototype Taraxagum commercial truck tire is made from rubber from the Russian dandelion. The Conti EcoPlus HD3 tire is being tested in Germany.

Tire manufacturer Continental has opened its new research center in Germany to develop the Russian dandelion as an alternative to rubber for making tires.

The new 323,000-square-foot research center in Anklam, Mecklenburg-Western Pomerania, Germany, will be the base for research on farming and extraction of Russian dandelion as a tire raw material. The company says that if initial tests show promise, within 10 years it will “obtain an increasing proportion of its natural rubber demand from the dandelion plant.”

Extraction of rubber from dandelion occurs by pulverizing the plant’s roots. However, because of the large areas needed to grow enough dandelion for rubber, the plant is only viewed as a way to reduce but not replace rubber trees as tire material. The research into the plant involves modifying it to produce taller roots and therefore more sap.

The company announced in 2017 that it planned to spend $39 million over five years to develop the alternative material. Continental says it has been researching ways since 2011 to replace natural rubber from the tropics with plants that can be grown in moderate climates, in collaboration with German researchers.

“We are the first tire manufacturer in the world to invest such a significant amount in industrializing dandelion rubber,” said Nikolai Setzer, head of Continental’s tire division. “We see Russian dandelion as an important alternative and complementary to conventional natural rubber from hevea brasiliensis (a species of rubber tree native to tropical rainforests) allowing us to meet rising global demand in an environmentally compatible and reliable way.”

Rubber tree farmers often cut down rainforest to grow their crop. The Russian dandelion has several advantages, including that it can be harvested in one year and grown most anywhere; whereas, the rubber tree takes seven years before its first harvest and can only be grown in tropical areas such as South America and Southeast Asia.

“We have been working to understand the molecular basis of the rubber biosynthesis in the dandelion plant for many years,” said Dirk Prüfer, professor of plant biotechnology at the University of Münster, one of the project’s partners. “This biological understanding has now brought industrial use within reach. With the new test laboratory, Continental has broken new ground that makes this transfer concept highly visible.”