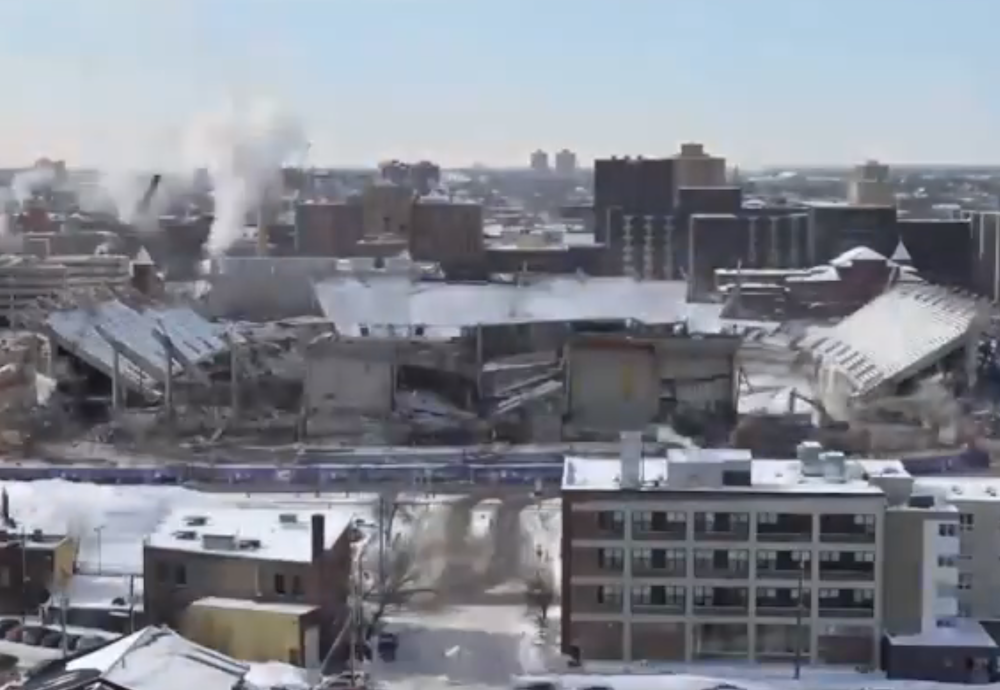 With an original finish date of May 15, demolition of the Metrodome in Minneapolis, Minnesota was completed last week–nearly a month ahead of schedule despite nasty winter weather and a few setbacks.

In all, it took demo contractor Frattalone Companies of Little Canada, Minnesota working 15,800 hours in nine weeks to bring down and remove the 80,000 tons of material that once was the home of the NFL’s Minnesota Vikings. The stadium opened in 1982 and was the ninth oldest stadium in the NFL.

Many won’t be sad to see the stadium go. It was named by Time magazine as the worst stadium in the U.S. in 2012.

Frattalone says 4,910 truckloads were required to move all the debris to its recycling center. Here’s a time lapse of the full demolition.

According to a report from KSTP TV, workers slogged through temperatures that fell 20 degrees below zero to clean the site for an all new 65,000-seat stadium scheduled to open in July 2016.

One of the setbacks in the demolition came when trying to bring down the outer ring of the dome. Finishing the job required a series of explosions you can see below in the video below. (You might want to turn down your speakers. It’s a pretty big boom.)