Construction workers in Manhattan watched closely Thursday, many holding smartphones and cameras to capture the big moment, as the gleaming silver spire was hoisted atop the new World Trade Center building.

According to the Associated Press, the spire will sit on a platform atop the building for several weeks before it is permanently installed. The 408-foot spire atop the building makes it the tallest in the U.S. and Western Hemisphere at a height of 1,776—a number that celebrates the signing of the Declaration of Independence. It will be the third-tallest in the world.

The spire is composed of 18 parts and weighs 758 tons. In addition to adding extra height to the building, it will transmit radio and TV signals.

“It will give a tremendous indication to people around the entire region, and the world, that we’re back and better than ever,” Steven Plate, who is overseeing construction of the World Trade Center, told the AP.

“It’s not just a construction site,” he said. “It’s truly a mission for all of us.”

USA Today has video of the spire being lifted into place. Click here to view. 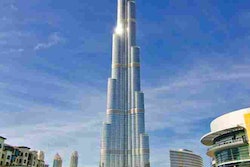 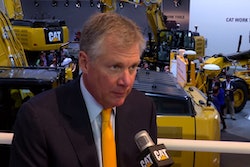 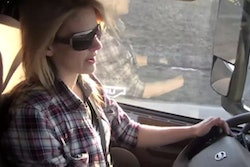