A three-stage advanced filtration system includes a cyclonic filter, which cleans the air before reaching the filter, and a 2-micron washable vacuum filter. An optional wireless boom rotates 270 degrees and extend 14 feet.

Powered by either a 107-horsepower or a 121-horsepower Deutz engine, the machines have standard four-wheel drive. The RT125 Quad has a three-speed, shift-on-the-fly ground drive that senses and automatically adjusts to site conditions.

Finally, all Ditch Witch horizontal directional drills have been updated with Tier 4 Final engines, with the exception of the JT60 and JT100, which will get new engines in early 2016. 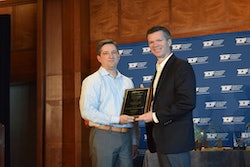 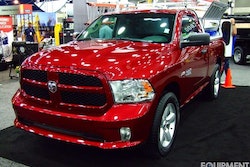 PHOTOS: Custom, crane and HD trucks and vans cram ICUEE (with some sweet UTVs too)