Construction crews on both coasts of the U.S. have been doing double duty as archaeologists as of late.

First was a report of a crew in Charleston uncovering 27 American Revolution-era graves, and now comes a report from CBS that a road construction crew in Southern California has discovered the fossils of four new species of whale.

The fossils were actually dug up by the crew 10 years ago. Since then, a team of paleontologists from the Cooper Archaeological and Paleontological Center in Fullerton, California, have been doing the delicate work of separating the surrounding rock from the fossils.

Only then were the scientists able to reveal that the fossils were those of baleen whales that lived 17 million to 19 million years ago.

There are a couple significant things about these fossils. First, scientists previously believed that this species of whale went extinct 5 million years prior to the dating of these fossils. Second, they show that these whales had teeth and one of the species was apparently so large that it likely ate sharks.

Modern baleen whales don’t have teeth, so the discovered species could represent a stage in evolution for these larger whales. 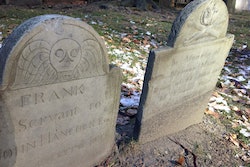 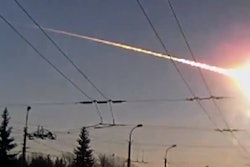 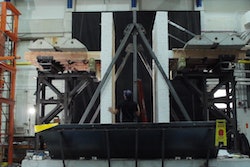