Caterpillar has introduced a new rugged cooler that the company says is “a good size for personal use” while being “large enough for a long day on the job.”

Produced though a licensing deal with Taiga Coolers and made in the USA, Cat’s 27-quart cooler is designed to withstand the abuse of the jobsite while keeping its contents cool for long periods of time.

Cat says the new cooler holds 24 cans “plus ice for after hour use.” The cooler is UV-resistant and “heavily insulated.” Though it gives no specific figures on how long the cooler will hold ice, Cat says it will “keep food and beverages cold all day long.”

It features a seamless, one-piece lid gasket with a rigid foam barrier to seal cold in. Rubber latches secure the lid and a lock can be added.

The cooler sells on the Cat shop website for $249. The company says a larger 55-quart model will be available in June.

The cooler is an opportunity for Cat to use its brand power to cash in on the popularity of insulated coolers like those made by Yeti. At 27 quarts the Cat cooler doesn’t directly compete with any of Yeti’s hard cooler models so it’s a bit tricky comparing price tags.

While you can get the Yeti Tundra Roadie for $199, Yeti says that cooler holds only 14 cans. To buy a Yeti with as much contents capacity as the Cat cooler, you’d have to upgrade to the Yeti Tundra 45, which holds 26 cans. However, Yeti states its can capacity with a 2:1 ice to contents ratio. Cat hasn’t said specifically what the ice to can ratio with its cooler. Or, if price is your main concern, you could get a cooler from Rtic, which sells all three of its models (the 25, 45 and 65) for $199 or less. 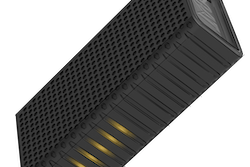 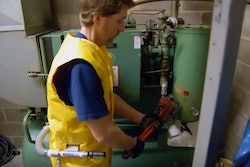 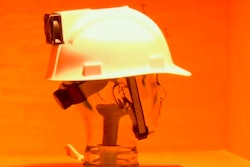