Bigger isn’t always better. But in the case of the new Cat 395, which was unveiled last week at ConExpo 2020, it definitely is.

The new Cat 395 replaces the 390F and is the largest machine in Cat’s next generation excavator lineup. This is a beefed-up, performance-driven machine and one that Cat says is designed to move as much rock and dirt as it can in as little time possible.

The 395 configuration on display at Cat’s ConExpo booth weighs in at around 209,000 pounds, making it about 5 tons heavier than the 390F.

The 395 is perfect for a variety of applications including overburden removal, rock loading in a quarry, mass dirt excavation, deep utility excavation and large foundation work.

But the 395 isn’t just bigger. It’s faster, stronger, and much cheaper to maintain than the 390F as well.

“We’ve done a lot to this machine. It is 100 percent a different machine (from the 390F),” says Ryan Neal, product application specialist at Caterpillar for large excavators.

Cat also increased swing torque and stick force by 10 percent, allowing for the use of larger work tools and buckets. More power and larger buckets means you can move more material faster.

“We’re going to allow for these machines to be upward of 15 percent larger bucket size. That adds up in a day with 15 percent more material with each pass going to the truck,” Neal says.

With the added size and capability, Cat says you can expect productivity gains of up to 10 percent with the 395.

Another big driver in this machine’s productivity increases comes from a dedicated hydrostatic swing circuit, a feature Cat pulled in from its larger mining shovels like the 6015B.

“It’s a closed-loop circuit, it’s its own system and it’s only for swing. We’re not using it for bucket curl or stick-out. That provides us with additional swing torque. You’re not always sitting on a flat surface and if you’re baling material uphill you’ll have the additional swing torque to get that uphill and be able to get that to the truck faster or get it out of the way,” Neal explains.

“It’s going to feel different. It will help with the multifunction of the machine while you’re digging deep, going to the truck or pulling out of trench box and piling up material. This thing will swing faster than it ever has.”

To tailor machine performance to the job at hand, Cat has included three operation modes on the 395.

Power mode provides maximum power at all times. ECO mode lowers engine speed and cycle times while maintaining breakout force. And if you can’t decide between those two, there’s Smart Mode, which automatically matches engine and hydraulic power to the conditions as the machine understands them.

The productivity gains grow even larger if operators take advantage of the technology the 395 offers.

“We firmly believe that if the technology is used to its full advantage, you could see up to 45 percent operator efficiency gains,” Neal says.

The following are standard technology features on the 395:

Neal says the cab has been overhauled as well.

“This is a machine you sit in 8, 10, 12 hours a day and the cab is night and day different from our previous F-Series. The seats are wider, there’s more glass, there’s more storage, there’s more creature comforts from the USB charging point to auxiliaries to 12-volt battery chargers…a standard touchscreen monitor.

“The things we’ve put in the cab for the operator to sit in there all day long has been huge.”

One of the main reasons this machine is as much as 5 tons heavier than the 390F is that Cat has doubled structural durability on the 395. Cat has beefed up just about everything on this machine, with the booms, sticks, and frames now twice as strong as they were on the 390F.

“We’ve added a lot more steel to add to the long-term longevity of the machine and the frame,” Neal says.

Plus, the car body, track link, track rollers, and boom, stick and bucket cylinders are all reinforced for long-term operation.

In addition to the higher productivity and the higher durability, Cat says you can expect a reduction in maintenance costs of up to 20 percent.

“If you were getting 500 hours out of your air filters before, we’ve doubled the life of that and you should be getting 1,000 hours now,” Neal says. “Also, this machine is electronic over hydraulic, so we’ve reduced the amount of oil in the machine. (We got) rid of a couple hundred feet of hydraulic hoses that are full of hydraulic oil that is no longer needed.” 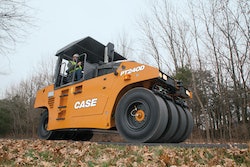 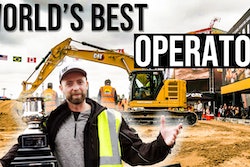 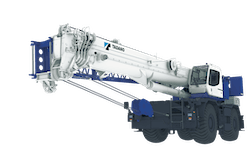