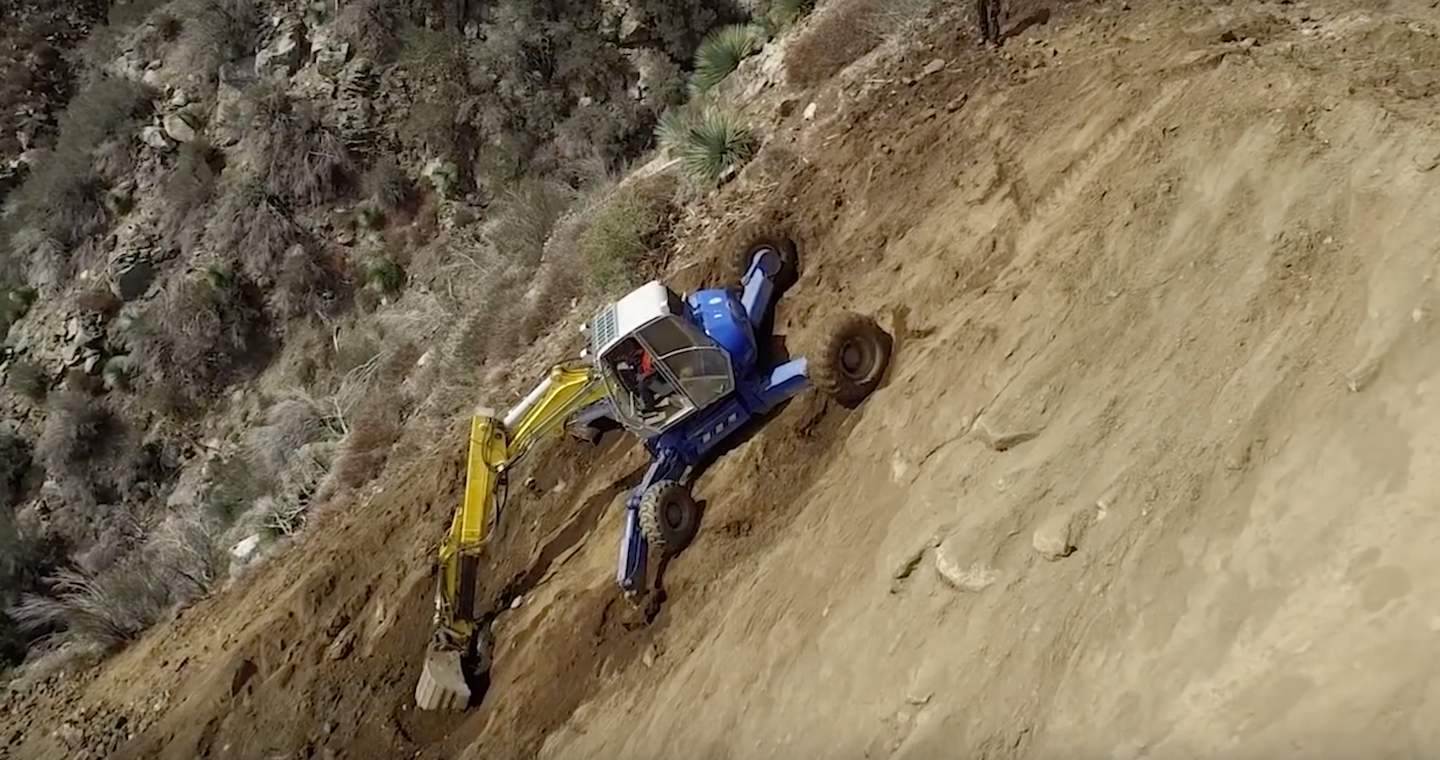 Caltrans was faced with a massive dirt and rock slide in February that completely covered a section of State Route 2 in the San Gabriel Mountains in Angeles National Forest in California.

The transportation department’s conventional earthmoving equipment couldn’t work at the top of the slide, so a spider excavator, also known as a walking excavator, was brought in.

The spider excavator operator was able to start at the top of the slide and work his way down until conventional equipment could be used to remove the dirt and rocks.

See the Caltrans video below of the spider excavator in action: