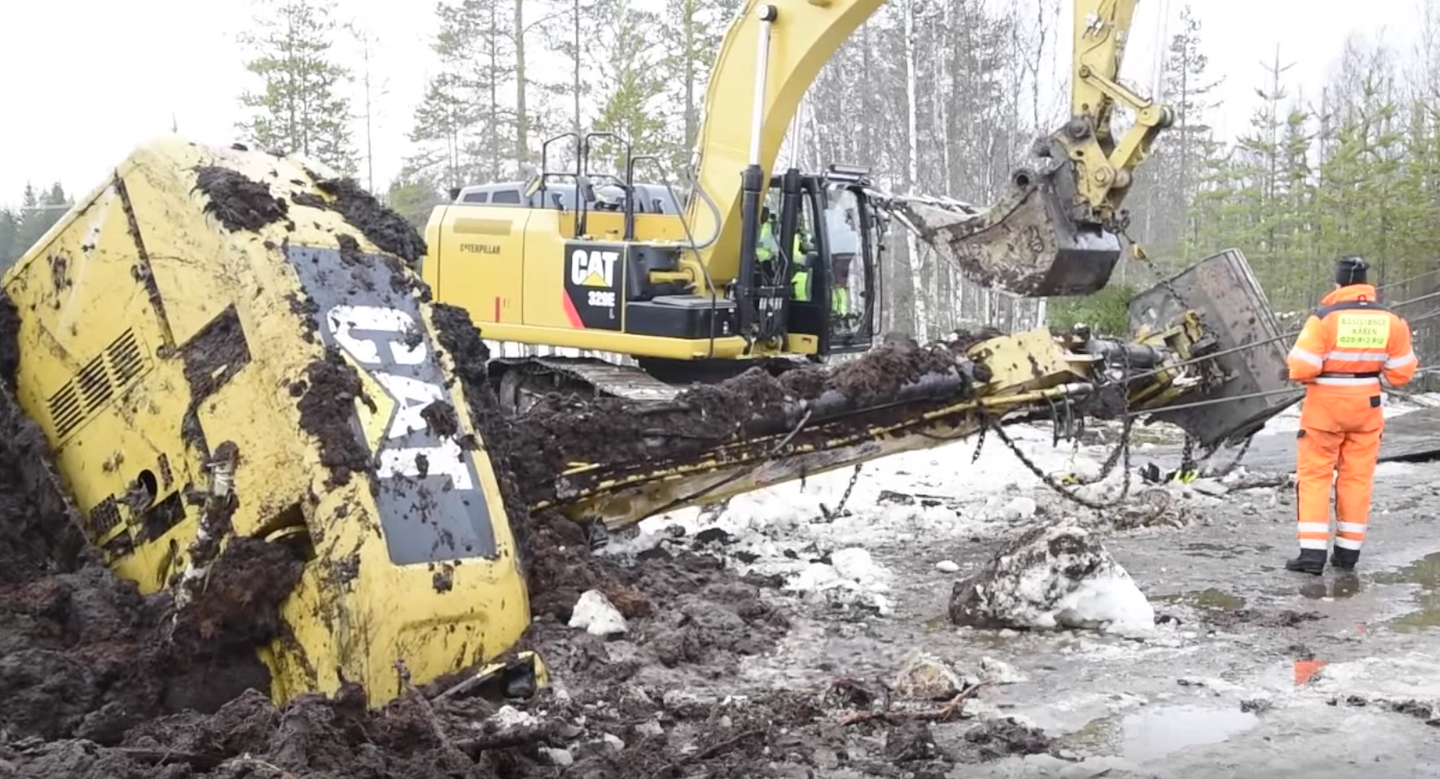 When your excavator overturns into an icy abyss, there’s not much left to do but pull it out. But when it’s submerged nearly up to the bucket, that’s easier said than done.

This salvage operation took place in the wetlands of northern Sweden, according to its YouTube description. A logging company lost not only their Cat excavator, but a forwarder as well. Though the plan was originally to create a platform from ice to get closer to the machines, that idea was abandoned and the resulting operation of pulling both machines out of the water from a distance ended up taking several weeks and required the combined efforts of a few more excavators, trucks and a team of divers.