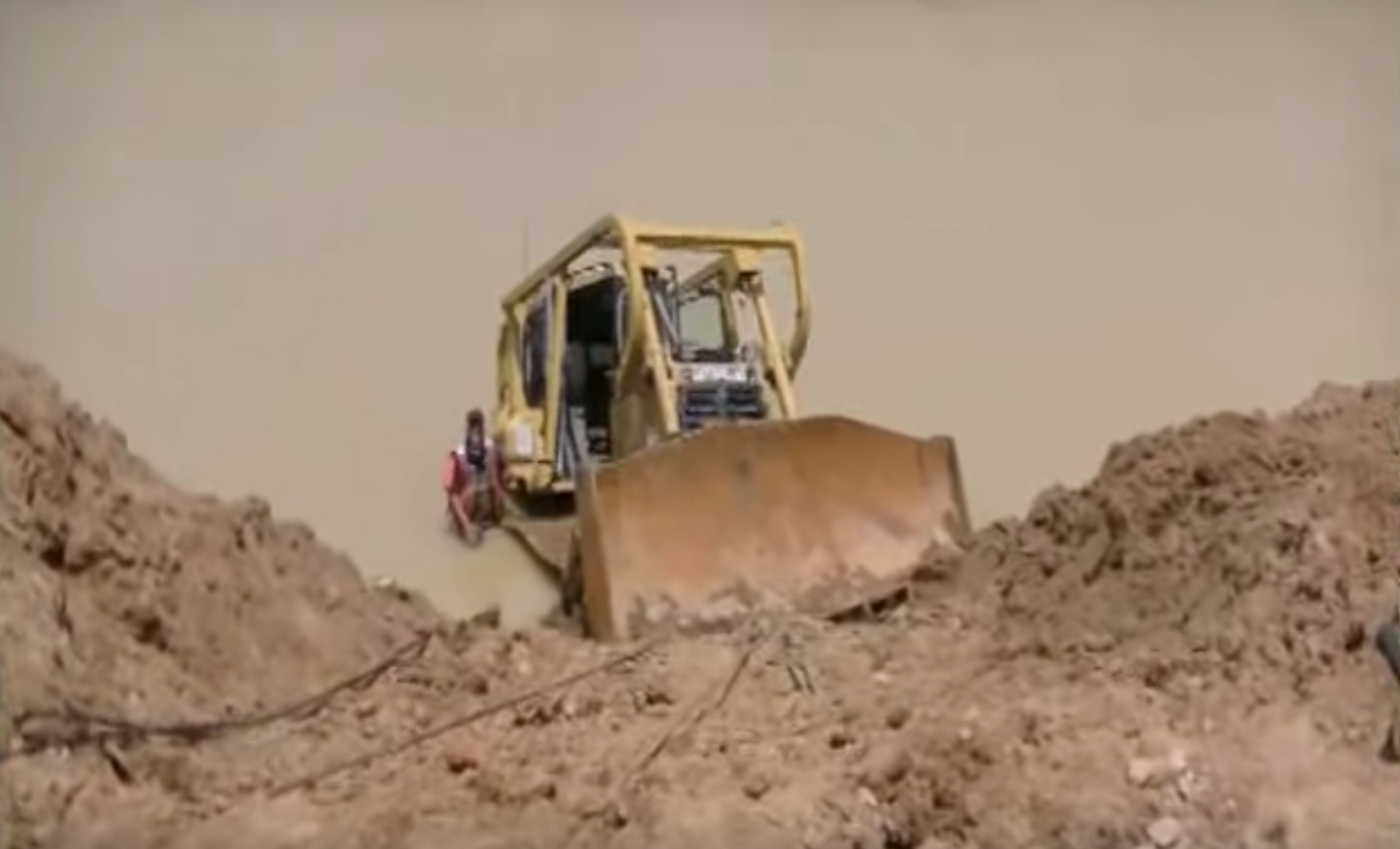 The video below is a bit lengthy (though it does compress a three-hour machine rescue to just more than 17 minutes) but the process it documents is a pretty cool thing to behold.

The sunken Cat D6 in peril is wedged firmly in the muck of a mining pit and has been soaking there for at least two days, as YouTube uploader Larry Holder explains as the video gets underway. He then goes through the multi-winch setup he and his colleagues will use to very carefully pull the beast from its watery grave.

“The dozer weighs 50,000 pounds, but considering the resistance, this was the equivalent to pulling 250,000 pounds of rolling weight on level ground. This rigging idea spread this resistance between three trucks,” he writes in a comment below the video. “This allowed us to use one winch on each of the outside trucks. …The striped truck has 40,000 lb. rated winches, and the yellow truck has 35,000 lb. rated winches. The rigging made them capable of pulling far more than their rating.”

As Holder shows at one point in the video, though the process requires the power of three trucks at the top of the hill, the actual pull is pretty delicate with the cable attached to the machine being pulled very slowly. The dozer is rescued, but it was ultimately replaced because the water damage was too severe.

“…The dozer had sank in some very soft mud that did form a suction on the bottom of the dozer. In fact, I sank to my hips twice and had to wait to be dug out while trying to get tied-off to the dozer,” Holder recalls in another comment. “This is also why that gigantic double snatchblock was set on a pallet. It, too, sank when set in the mud. The upward pull from under the blade broke the suction quickly in this case. Our tow trucks we used will average about 30,000 pounds each. The rear spades allow us to pull several times more than the weight of the truck.”

Feel free to skip through some of the slower parts of the video, though Holder does provide some pretty interesting commentary throughout.