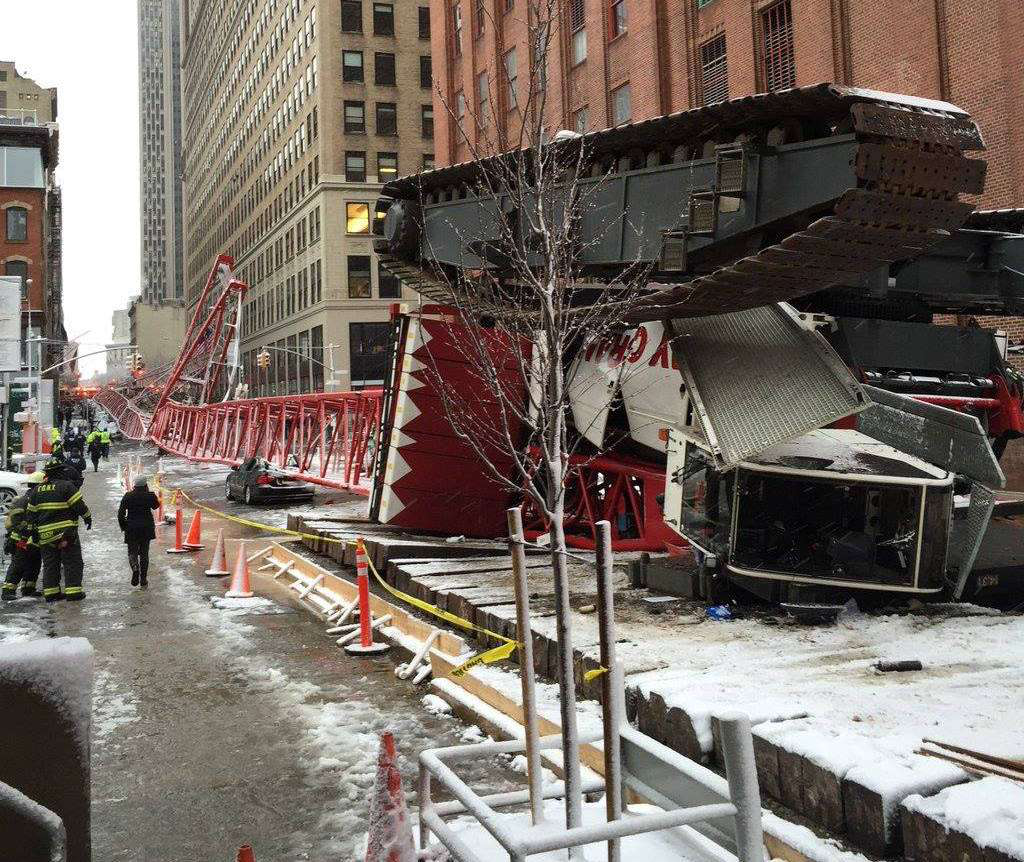 A crawler crane being lowered due to inclement weather toppled over in New York City Friday morning killing one man and injuring three other people.

According to a report from NBC New York, the 15-story-high crane, owned by Bay Crane and being operated by Galasso Trucking and Rigging, was located in Tribeca and was being lowered and secured due to wind gusts upward of 20 miles per hour. As the crane was being lowered it fell, crashing into several buildings on the way down, before resting atop parked cars and the street below.

The collapse killed 38-year-old David Wichs as he sat in his car, NBC reports. Two of the three bystanders injured were hospitalized in critical condition. The third suffered minor injuries. All three were hit by debris.

Con Edison told NBC the impact of the collapse was so severe that infrastructure beneath the ground in the area was “disrupted.” In response gas mains in the area were shut down and several buildings were evacuated.

None of the buildings hit as the crane fell sustained structural damage, NBC reported.

Eyewitness Glenn Zito captured video of the crane collapse from the 30th floor of a nearby building which you can watch below.