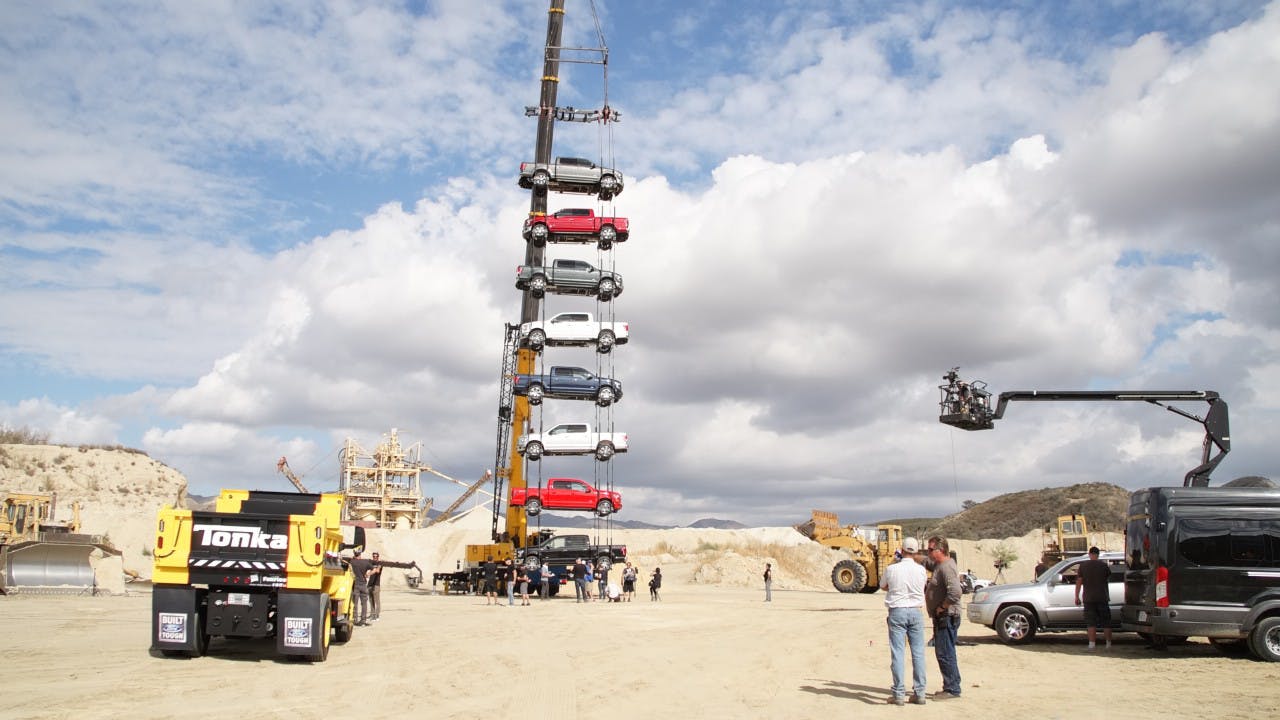 One of Ford’s big marketing points when it unveiled the 2017 Super Duty pickups last year was the trucks’ new, stronger steel frame. Ford says that frame is 24 times stronger than the previous generation frame. And to really drive the point home, the automaker set up quite the marketing stunt.

Using a crane, Ford rigged up eight F-150s and the F-750 Tonka to the new Super Duty frame and, using a crane, lifted them off the ground. It amounted to the frame surviving 60,000 pounds of weight.

“The actual stress points are almost right on top of each other so of course the frame won’t twist or flex during this test. Now if they were to apply all of that weight to the center of the frame and hang it from the far out edges it might be a little more convincing. I like both Ford and Ram but why can’t we ever get a true demonstration.”

Ford heard the criticisms and has posted a response of sorts in a “behind the scenes” look at the stunt which attempts to prove the stunt’s legitimacy.

John Brenkus, the guy from ESPN’s “Sport Science” segments, is back for the follow-up video, and stresses that because the spreader bar above the frame distributes the load evenly from the crane, “the frame will be bearing all of the load.”

He continues, “The cables come down from the spreader to the Super Duty frame where brackets simulate where the axles would be. The truck will then be hung below from brackets either side of the axle points to focus the weight on a highly stressed area of the frame.”

In other words, Ford is arguing that the commenters are missing the point. The stunt isn’t meant to prove that a steel frame won’t bend in half when nine trucks are hung from it. It’s meant to illustrate the frame’s high rigidity: its ability specifically to withstand a lot of stress on those axle points. Which, in real-world use on the road, is what you want.

That won’t do much in convincing the doubters, however.

The truth is, this is a marketing stunt first and foremost and there are likely more accurate ways to prove frame rigidity than this. But marketing stunts have to satisfy an additional requirement other than accuracy: looking cool. And this one definitely meets the latter a bit better than the former.

Another problem with hoisting a bunch of trucks from a pickup frame to boast of the Super Duty’s rigidity is that it’s probably something a Ram or Chevy frame could do as well. And whether that has to do more with some movie magic thanks to a well-rigged setup as the critics would charge, or the equally-strong frames of competing pickups are both kind of beside the point. Neither is good for Ford.

Judge for yourself below. 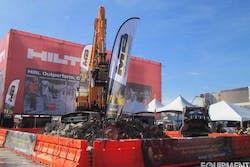 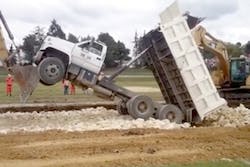 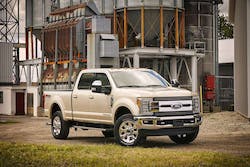 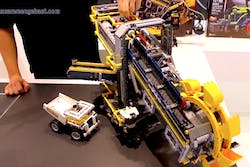